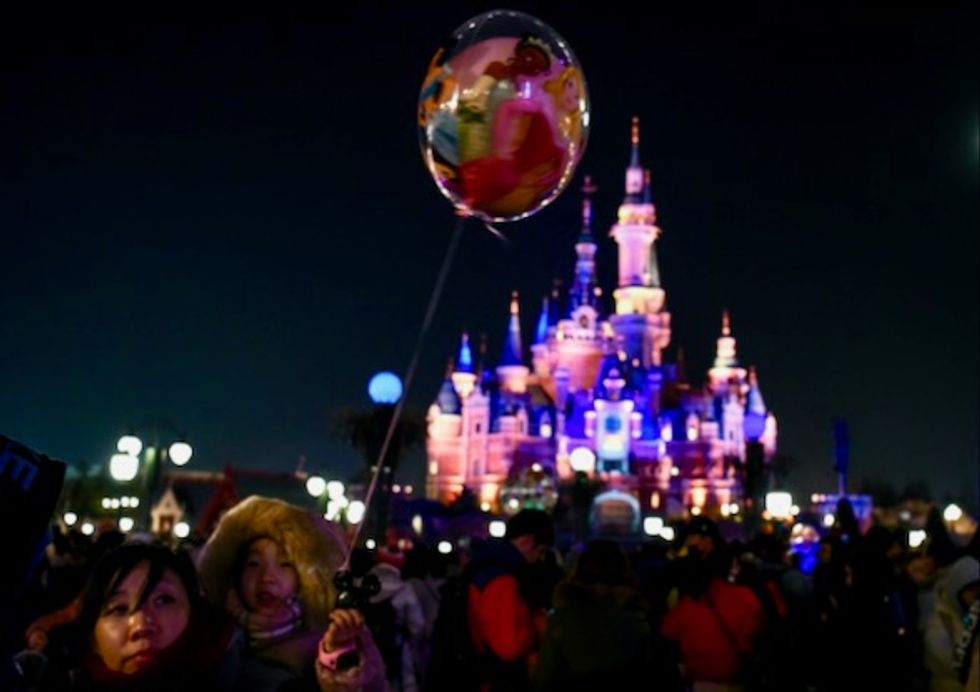 A Chinese student is suing American giant Disney alleging double standards because the company bans visitors to its Asian theme parks from taking their own food.

The lawsuit against Shanghai Disneyland takes the entertainment company to task because the same strictures do not apply in its US or European parks.

The legal action, which has sparked widespread support on social media, comes as China and the US spar over trade, and as tensions rise between the world's two largest economies.

The student, surnamed Wang, says she had her "rights violated" after being barred from bringing in her own meal, forcing her to buy "overpriced" food inside the park.

The David-and-Goliath legal challenge has lit up China's Twitter-like Weibo platform, with the Chinese-language hashtag "Disney sued for prohibiting bringing own food and beverage" attracting more than 600 million views and tens of thousands of comments.

"Many people may also feel that their rights have been violated, but (they) did not sue due to the time involved. As law students, (it) is our duty," Wang told online media The Paper.

Disney told state broadcaster CCTV the regulations are "consistent with most of China's theme parks and Disney's other destinations in Asia."

Disney parks in the US and Paris allow guests to bring in outside food items. Those in Tokyo, Hong Kong and Shanghai do not.

"Disney's (rules) are an example of double standards (and) discrimination against Asia," one Weibo user wrote.

Communist Party mouthpiece The People's Daily wrote Wednesday said there was a need to "protect consumers' rights and interests."

"Why have the double standards?" between the West and Asia, the newspaper asked.

Shanghai Disneyland did not reply to an AFP request for comment.

The entertainment conglomerate opened its $5.5 billion theme park in Shanghai in June 2016, Disney's sixth theme park and third in Asia.

The US company's website says that since November 2017 food and alcoholic beverages have not been allowed to be brought into the theme park, while "a reasonable amount of baby food, dry snacks or fruit is allowed".

A local court in Shanghai told AFP it has submitted the case to the city's main People's Court.