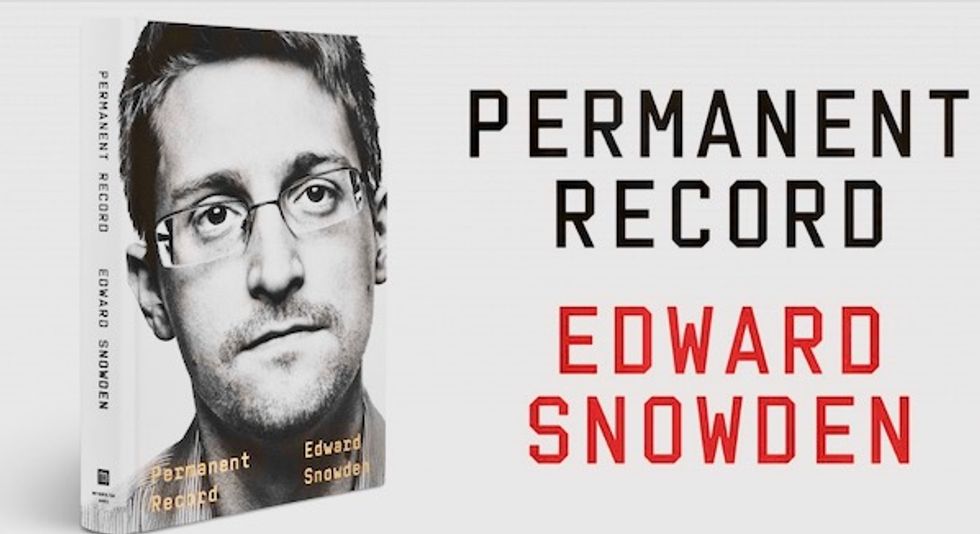 The exiled American whistleblower's Permanent Record is due to be released on the U.S.'s Constitution Day

Exiled American whistleblower Edward Snowden, who rattled the U.S. intelligence establishment and ignited a worldwide debate about surveillance by leaking classified documents in 2013, announced Thursday that his memoir, Permanent Record, is set to be published globally on Sept. 17.

"In Permanent Record, he tells his story for the very first time, bringing the reader along as he helps to create this system of mass surveillance, and then experiences the crisis of conscience that led him to try to bring it down," according to the publisher, Metropolitan Books, an imprint of Henry Holt and Company, which operates under Macmillan Publishers.

Macmillan Publishers chief executive John Sargent said in a statement Thursday that "Edward Snowden decided at the age of 29 to give up his entire future for the good of his country."

"He displayed enormous courage in doing so, and like him or not, his is an incredible American story. There is no doubt that the world is a better and more private place for his actions," Sargent added. "Macmillan is enormously proud to publish Permanent Record."

Snowden, a former Central Intelligence Agency agent and National Security Agency contractor who now lives in exile in Russia, posted to Twitter Thursday a video promoting the book, which will come out on Constitution Day in the United States.