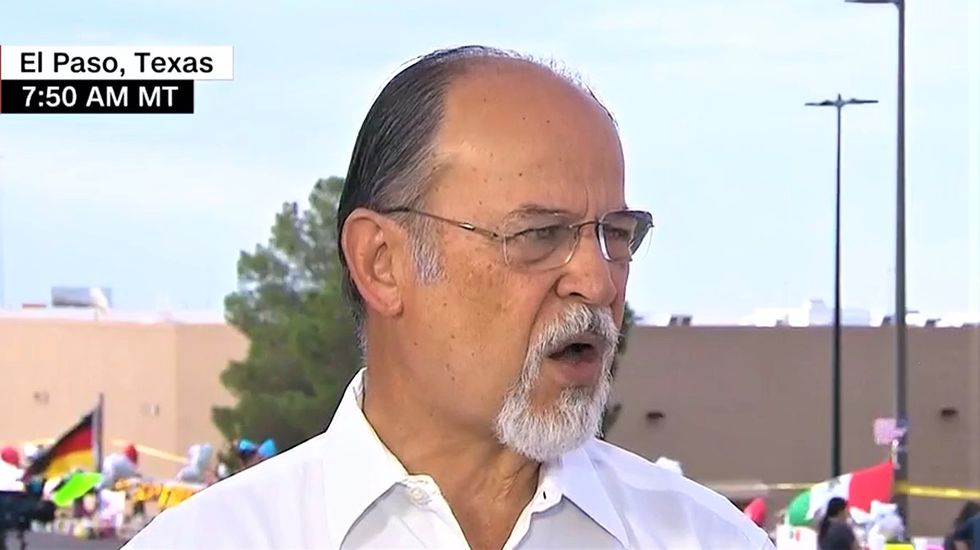 Adolpho Telles, the chairman of the El Paso County Republican Party, appeared on CNN Tuesday to defend President Donald Trump's frequent use of the word "invasion" to describe immigrants coming into the United States from Mexico.

During an interview, CNN's Jim Sciutto asked Telles what he made of the fact that the white supremacist El Paso shooter used the same rhetoric of Mexicans "invading" the United States that the president regularly uses.

Telles replied that he didn't see it as a problem because the president was only talking about undocumented immigrants.

"The rhetoric we talk about is picked up in pieces," Telles said. "He has called it an invasion. But he's talking about people that are here illegally! Those are the ones! He was smart enough to figure out that we have a border problem and called it a 'crisis,' which it was."

Sciutto, however, would not let him off the hook.

"The shooter at this Walmart was not from El Paso," he said. "He came here specifically to shoot Mexicans, and in his manifesto he repeated words used by the president. Aren't the president's words powerful?"

Telles dodged the question by saying, "All words are powerful, no matter where they come from."