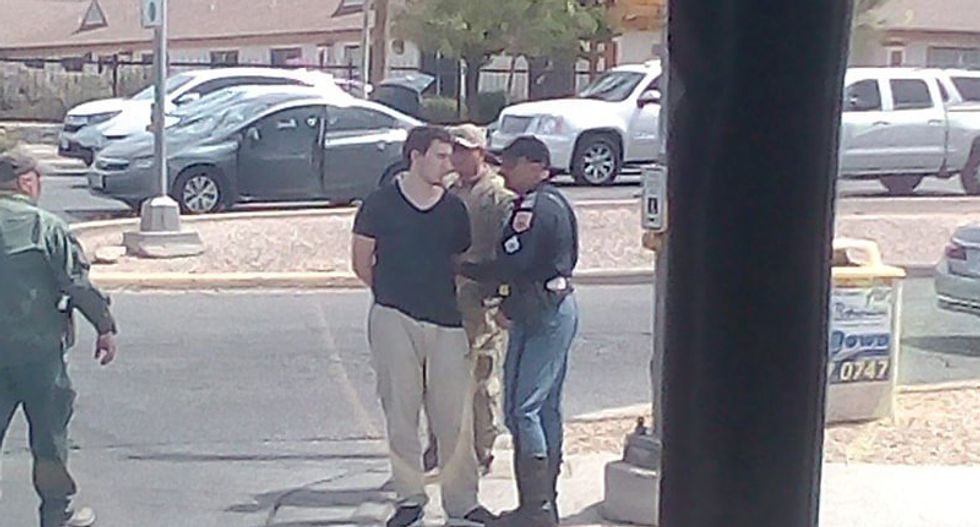 The white male arrested for the mass shooting at a Walmart in El Paso, Texas is suspected of posting a "racist and anti-immigrant" screed online prior to the massacre.

"What do we know about this manifesto?" MSNBC's Ali Velshi asked NBC News reporter Ben Collins.

"So law enforcement does believe that this his manifesto. They haven’t confirmed it, but they believe it is his," Collins replied.

"It was posted on 8chan -- which is an extremist website -- hours before the shooting," he reported. "It was deleted shortly after the shooting happened."

"It’s three pages of hatred against immigrants and people, you know, view it basically as invaders to the United States where they believe — and people generally on this extremist forum where these people get radicalized -- believe that there is only so much space or only so many jobs in this country and it’s being replaced by Mexican immigrants, and in his case, he also believed in automation," he continued.

"So it is a racist and anti-immigrant manifesto that was posted on a site known exclusively for that," he noted.

"And by the way, this is not the first time this has happened. The Christchurch shooter, who killed 49 people, posted his manifesto on the same website. 4Chan, which is like a sister site to 8chan, a month after that Christchurch shooting, there was a manifesto posted by the synagogue shooter," he explained. "And last week the Gilroy shooter, he told people to read a manifesto that has been posted to 4Chan literally a hundred times, it's from the 1890s and I'm not sure he came about that in a library."

"So this is a real issue. There is a body count associated with this website now. And I think people are going to start having to look into it," he added.

"There’s a body count associated with the website," Velshi replied, in shock.