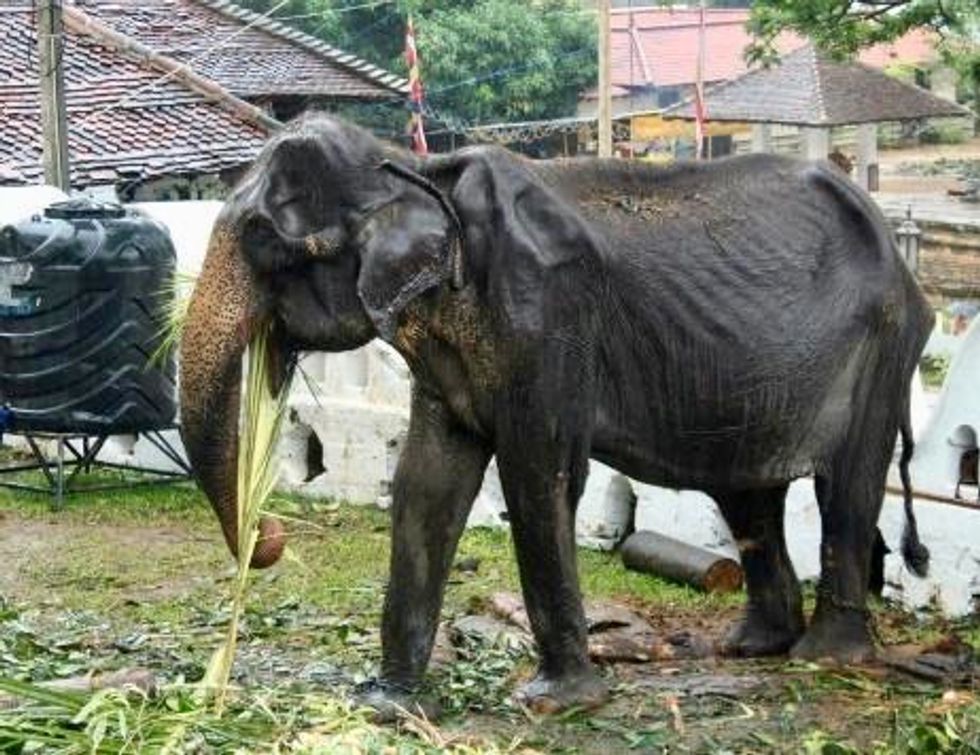 A skeletal 70-year-old elephant has been withdrawn from a high-profile annual Buddhist pageant in Sri Lanka following a social media firestorm against parading the feeble animal.

The chief custodian of the Temple of the Tooth -- which organizes the event -- Pradeep Nilanga Dela said Tikiri would not be part of Wednesday's grand finale, involving dozens of jumbos.

Dela said the elephant's "medical condition" meant her owners told him she would not be part of Kandy city's parade and told AFP by telephone, "Tikiri is being treated."

"Obviously the animal is severely under-nourished, it is close to death", Jayewardene told AFP.

"Owners parade their elephants to gain merit for themselves and not for the animal. This should never have been allowed," he said, adding he was relieved she would not be paraded.

Lek Chailert, the founder of the Save Elephant Foundation, said on social media that spectators do not realize how weak Tikiri was because she was covered in an elaborate costume.

"No one sees her bony body or her weakened condition, because of her costume," Chailert said. "No one sees the tears in her eyes, injured by the bright lights that decorate her mask, no one sees her difficulty to step as her legs are short shackled while she walks."

The Temple of the Tooth, Buddhism's holiest shrine on the island, holds the annual festival with traditional drummers and dancers as well as nearly 100 tamed elephants.

Many rich Sri Lankans keep elephants as pets, but there have been numerous complaints of ill treatment and cruelty.