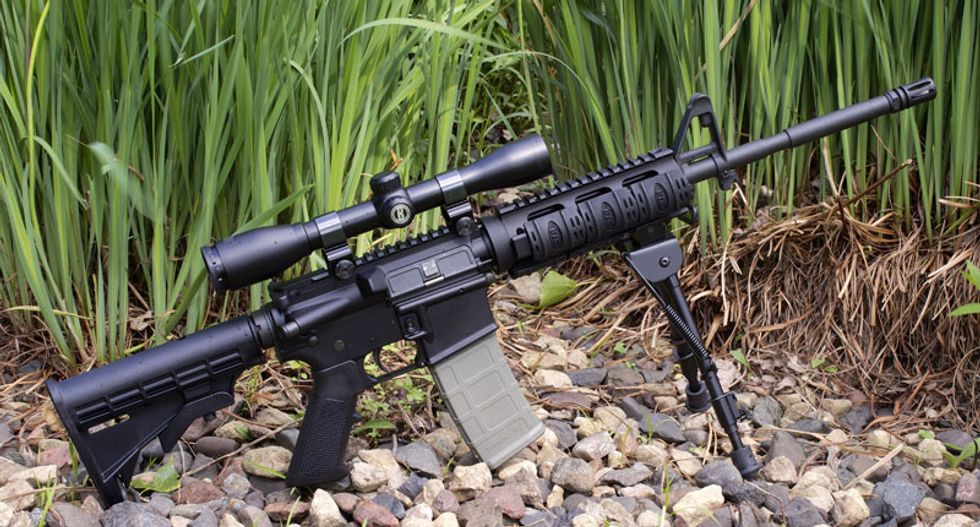 Just weeks after a mass shooting in Dayton, Ohio killed nine people, only 200 miles away in Richmond, the cheer squad is selling raffle tickets to sell a semi-automatic gun.

Fox19 reported Wednesday that the Junior Lions Cheer Team have infuriated Heather Chilton, who's 7-year-old daughter is on the squad for the first time.

"This is absurd, you're having elementary kids sell your AR-15. Why?" Chilton said. "I highly doubt that something would happen with the gun, but say it did. Say one of the kids in the high school got a hold of it — got the AR-15 or AM-15 and shot up a school with it, and I'm the one that sold the raffle ticket to his dad?"

The league president said that the winner would have to pass an FBI background check before they take possession of the gun.

Chilton was told in July that all members of the cheer team would be required to sell at least five AM-15 raffle tickets and five gift basket raffle tickets for $10 each. The funds go to support the football and cheer programs.

"I can't see them selling some type of semi-automatic rifle when we have all these mass shootings going on, going door to door," she said.

The principal told the angry mother than the children aren't required to sell the tickets. "We recommend it."

He said that they've been selling the tickets for the AM-15 for the past four years and last year they had to spend $4,000 for insurance and equipment for the squad.

Chilton said she still doesn't feel comfortable, whether or not her daughter must sell the tickets.

"With me doing this, I'm teaching the girls they have to stand up for what they believe," she said. "This is something that they shouldn't even have to worry about dealing with or even be around."

The league is considering changing the fundraiser next year.