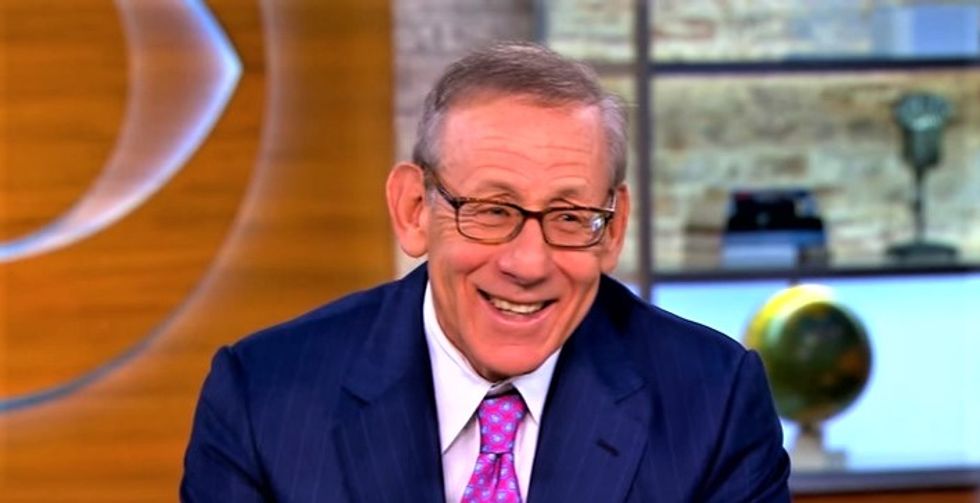 Equinox says it will donate one million dollars to several charities in the wake of a star-studded boycott ignited when the majority owner, founder, and chairman of the fitness club’s parent company, Stephen Ross, held a high-value donor fundraiser for President Donald Trump. The RNC bragged that the two Hamptons fundraisers Trump attended last Friday, one hosted by Ross, netted $12 million – two million more than projected.

Stephen Ross also owns the Miami Dolphins in addition to The Related Companies, a multi-billion dollar real estate development firm he started in 1972. Ross reportedly is worth $7.7 billion. The Related Companies purchased Equinox in 2005, but TIME notes “Equinox is a privately held company, making it difficult to fully assess its financial relationship with Ross.”

Newsweek on Thursday reported the charities that will benefit from the donation:

Cycle for Survival, which funds research into rare cancers, The Heroes Project, which benefits injured veterans, Move for Minds, an Alzheimer’s research organization, the Felix Organization, a charity focused on enriching children in foster care, and House Lives Matter, which supports the LGBT House Ballroom community.

In an email to members Equinox executive chairman Harvey Spevak last week said Ross “is one of the investors, including myself. He does not run the company. I do. I am the executive chairman of Equinox and have led the vision and strategic direction of the company since I joined in 1999. Our focus has always been about building a community centered on our values, not politics.”

Equinox has insisted Ross is merely a “passive investor” in the luxury fitness brand. Ross says he has “always have been an active participant in the democratic process.”

And while some news reports show Ross’ allies defending him – Trump last week called him a “great friend” who is “probably more inclined to be a liberal” – several reports reveal Ross is a more active participant, at least financially, in the Republican political process.

“In the current election cycle, Ross has given just under $50,000 [to] the Republican National Committee (RNC) and $33,600 to [the] National Republican Senatorial Committee (NRSC). He gave $10,000 to the Democratic Party of Virginia,” according to a deep dive by GayCityNews,

That is just the tip of the conservative money iceberg.

And while Ross has donated to Democrats, the vast majority of his contributions in recent years appears to be to Republicans and conservative PACs.