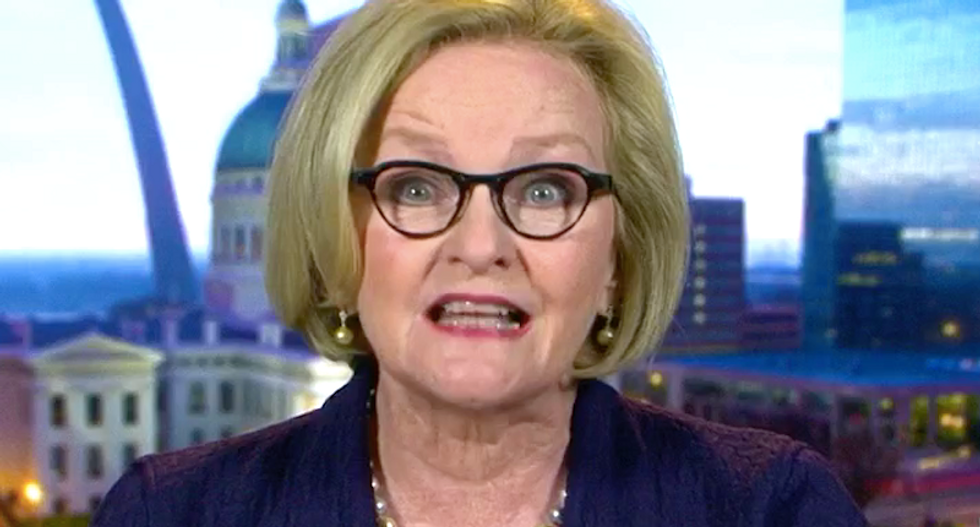 On Wednesday's edition of MSNBC's "Hardball," former Sen. Claire McCaskill (D-MO) blasted Rep. Steve King (R-IA) for his suggestion that rape and incest are actually good because of how many people were born because of it.

"You know the world. You know the Midwest," said host Chris Matthews. "You know the political world. You know what it's like to actually run in a general election ... Why do these people, these trolls go way back to these arguments about, you know, 'legitimate rape,' talking about this anthropological, almost opposite Thomas Malthus, oh, we wouldn't be here today if it weren't for rape and incest. Why do they bring this crap up? Why do they do it?"

"Well, Steve King's a nut. He's just a stone-cold nut. He makes Todd Akin, who was my opponent back in '12 who said, you know, if it's a 'legitimate rape,' a woman has a way of shutting down her pregnancy. He makes him look kind of mainstream."

"I mean, this guy, if the people of Iowa send him back to Congress, they get what they deserve," said McCaskill. "It's just frightening to me that this guy has a position in our government, with all of the things he said, offensive to people, black and brown people about immigrants, and now the notion that he thinks it's just fine if a 14-year-old is raped repeatedly by her father, that she would be forced to carry that baby and have that baby."

"I guarantee you he's never sat across the table from one of those young girls, like I have when I was a prosecutor," said McCaskill. "It might change his attitude and maybe make him not quite so cavalier about it, because it's offensive. I guarantee you it's offensive to women, and I think it's offensive to most men — he's basically saying all men rape and commit incest because our population is full of the by-products of that, which of course we all know is not true."

King is on the defensive even from his own party for his remarks, and was astonished when a constituent told him at a town hall meeting what incest cases really look like.