Fifty years after Woodstock, its poster children wax nostalgic for the era of 'peace and love' 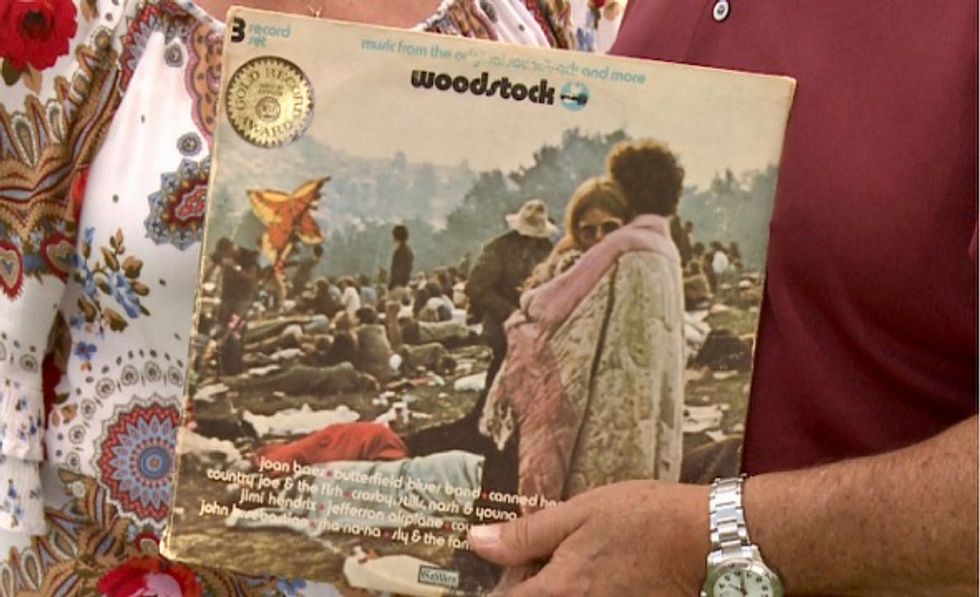 Nick Ercoline and Bobbi Kelly were among the almost half a million people who attended the Woodstock music festival in the summer of 1969. Half a century later, the couple look back on how they accidentally became the festival's poster children.

In the early hours of the morning on August 16, Grace Slick of Jefferson Airplane sang as the sun rose over the Woodstock music festival. Nick Ercoline and Bobbi Kelly, a couple in their twenties, hugged with a mud-stained blanket wrapped around their shoulders.

A photographer for Time Magazine snapped their photo and the couple ended up – much to their surprise – on the iconic Woodstock album cover. 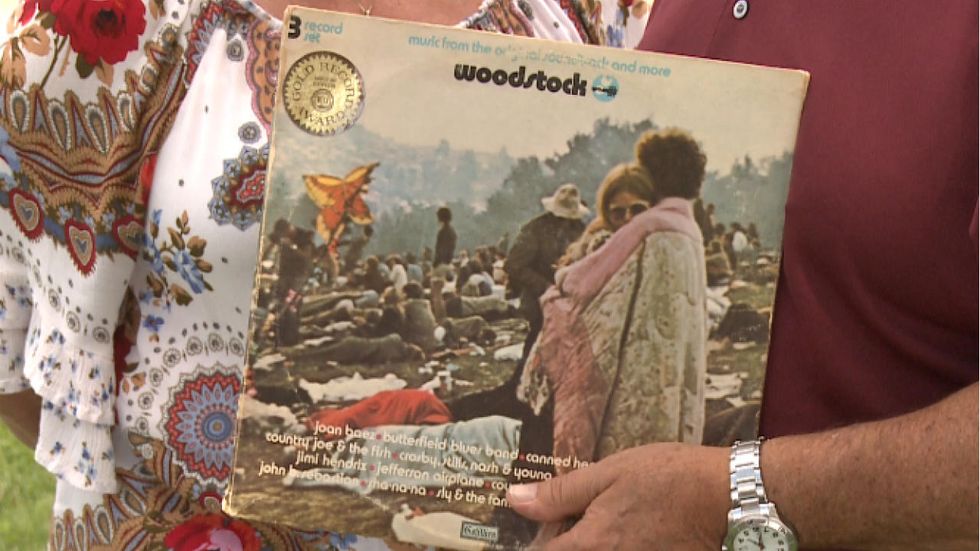 The couple were among the almost 500,000 people who attended the festival in the era of free love. Festival-goers came from far and wide, but Nick and Bobbi were from right next door. They look out over the hill where the photo was taken and reminisce about that weekend in 1969.

“There we were, on top of the hill,” Nick remembers. “There was a golden haze rising. The air was damp, the smoke from the camp fires mixed with the orange lights on the stage. Under the music we could hear the murmur of the sea of humanity surrounding us."

And the 70-year-old spouses are still very much in love today.

In the summer of '69, they had only been together for about 10 weeks. They heard on the radio that a festival was taking place in the area in Bethel, a town 180 kilometres north of New York City. Officials were warning people not to go because it was too crowded.

“When you’re 20 years old and someone tells you not to do something, you’re going to do it,” Nick says with a chuckle.

The couple decided to make their way there with three of their friends, “We parked our car with the thousands of other cars that people had just left wherever – on the side of the road, in the middle of fields and on people’s lawns,” says Bobbi.

“Some of them could not get any further so they just camped where they were. Others, like us, set off on foot to the festival. Along that little country road, you could hear the sound of bare feet or sandals on the tarmac and it was just wonderful."

The musicians took to the stage one after the other: Jimmy Hendrix, Joan Baez, Joe Cocker, Janis Joplin. All of them sang love songs and spoke out in protest over the war in Vietnam. It was the summer when man first walked on the moon, when African-Americans were fighting for their rights and when Sharon Tate was murdered by Charles Manson.

“But those three days were like a parenthesis,” says Nick.

Once they arrived at the festival, Nick, Bobbi and their friends found a grassy spot and spent the night there listening to the music. In the early hours of August 16, they were still groggy as they hugged under a blanket. Burk Uzzle, a photographer for Life Magazine, snapped their photo without them even noticing.

A year after the festival, their friend Jim Corcoran came to visit and showed them the Woodstock festival album cover. Nick and Bobbi recognised their photo and smiled at each other.

“That’s when we realised we had to tell my mom we’d been to Woodstock,” jokes Bobbi.

As Nick remembers, “The festival had not gone down well with the locals. The town of Sullivan had been left in a terrible state with trash everywhere and abandoned cars. The poor little town had spent thousands and thousands of dollars on cleaning up after the festival-goers. Farmers had had to throw away three or five days' worth of milk because they couldn’t get their trucks through. So Woodstock was not viewed with enthusiasm in the area.”

It was only on the festival's 20th anniversary that Nick and Bobbi were publicly identified for Life Magazine’s special edition. Since then, they have become the standard-bearers for the original festival.

Hippies may be harder to find these days, but Nick and Bobbi are still together and  they live just a few kilometres from Bethel.

Bobbi is a retired school nurse and Nick a carpenter. Their married life contrasts with the sex, drugs and rock 'n' roll of a bygone era. “In 1969, it was all about free love, living in communes; people weren’t monogamous. At the end of the day we are the opposite of that. We were boyfriend and girlfriend at the time and then two years after we were married. And now, 50 years later, we're still having fun together,” says Nick.

At their family home in Pine Bush, a Woodstock flag welcomes visitors and a poster of the festival's album cover hangs on the wall over the breakfast table. Their kitchen fridge is covered in photos of their four grandchildren.

The Woodstock photo is an integral part of their love story. “I can’t imagine not having it part of our lives. It’s kind of who we are,” says Bobbi. “I see that photo of us at 20 years old every day. It bears witness to such a difficult time for our country. There was so much division – racial riots, assassinations, the Vietnam war – there was so much divide in our country. But music is the common denominator, we all came together in that spirit and that’s why it was so peaceful."

It was a tortured time but also an authentic one. “It’s as though we forgot what happened half a century ago. You expect music to inspire the young generation that wants to protest because music can be very powerful. But what I hear nowadays is that music no longer talks about values but about money,” says Bobbi.

Looking back with nostalgia, Bobbi and Nick hope that future generations will have just a little bit more Woodstock in their lives.