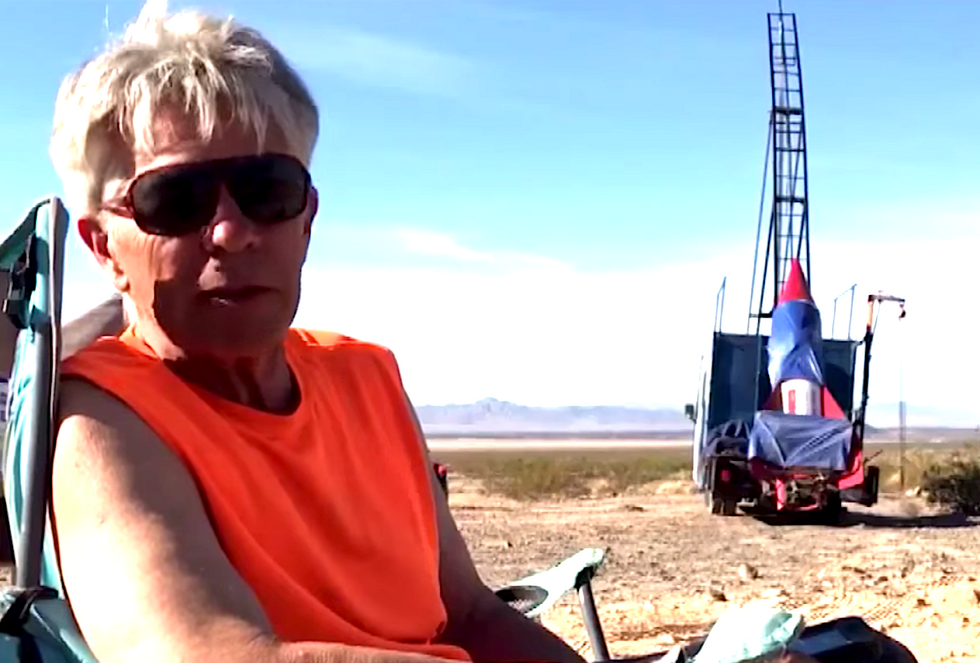 "Mad" Mike Hughes first made headlines when he blasted off in a rocket he made from spare parts in an attempt to prove his belief that the earth is flat. He was planning another launch this Monday, but his plans hit a snag thanks to a faulty water heater he bought on Craigslist.

According to Hughes' publicist Darren Shuster, the faulty heater that Hughes bought for $325 off of Craigslist wasn't able to heat the water to 400 degrees Fahrenheit (200 degrees Celsius), the temperature required to create the steam to propel the rocket. Hughes paid $50 for the nose cone of the rocket, which he plans to launch off the back of a semi truck he was gifted. Shuster added that no one knows where the nose cone came from or what its original intent was, but Hughes modified it for its current purpose on the rocket. The launch is sponsored by hud, a casual dating app.

Hughes says his next launch has nothing to do with his desire to prove that the earth is flat. This time around, it's simply because he's a good old fashioned "daredevil" -- and maybe to get some attention from President Trump.

This "launch is about my personal desire to inspire my fellow Americans to help make this country great again," he said, adding that he hopes the launch will score him a visit to the White House.