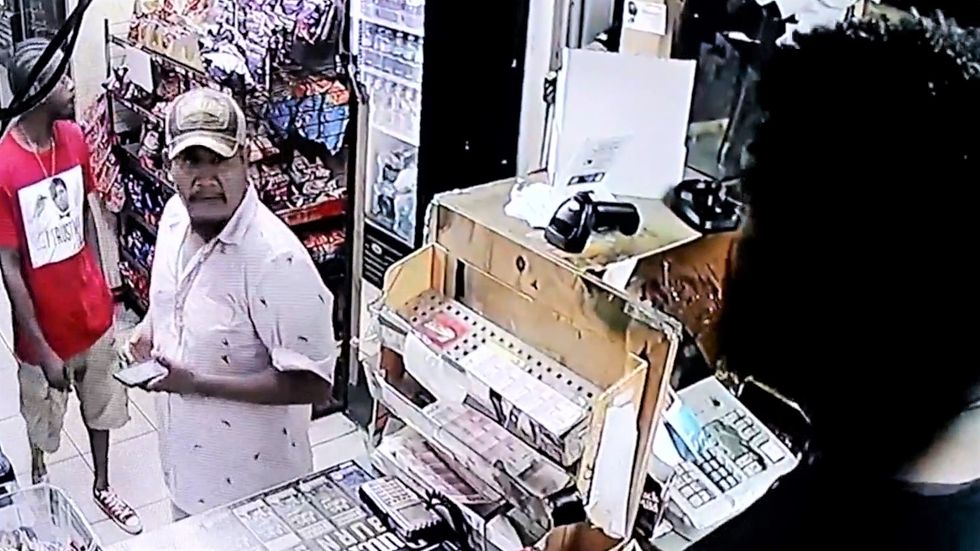 Newly released surveillance footage from a gas station brawl shows a customer yelling racial slurs at a store clerk -- and then getting shot by his own gun in the ensuing fight.

The store clerk, however, refused to sell Rodriguez any alcohol on the grounds that Rodriguez was already visibly intoxicated and was causing what police described as a "disturbance" in the store.

At this point, Rodriguez became abusive and called the clerk a "n*gger."

The clerk responded with his own prejudiced rant and told Rodriguez to stop talking "that Spanish bullsh*t" and advised him to "get the f*ck out of here."

The clerk then walked out from behind the counter to again tell Rodriguez to leave. At this point, Rodriguez drew a gun and the two men engaged in a struggle that would result in the clerk getting shot in the head and back, and Rodriguez getting shot by his own weapon in the arm.

Both men were taken to a nearby hospital and treated for their wounds.

Police have subsequently charged Rodriguez with attempted murder, trespassing, displaying a firearm while committing a felony and carrying a concealed firearm without a concealed weapons permit.