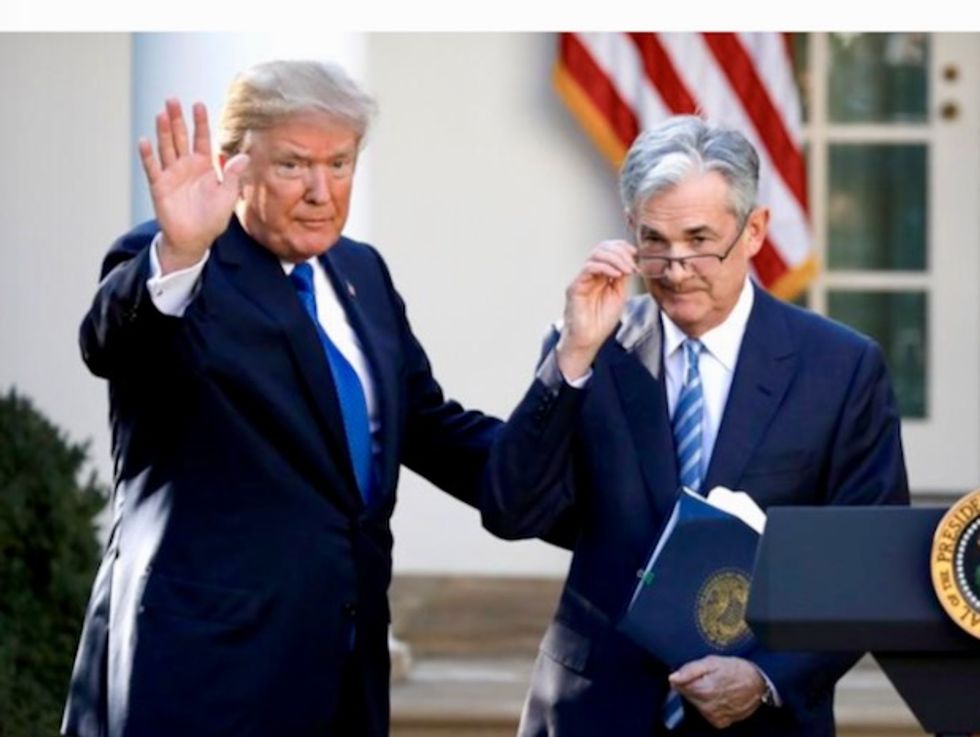 Four former US Federal Reserve chairs published an essay on Monday advocating for the independence of the institution, which has been the target of recent criticism by President Donald Trump.

"We are united in the conviction that the Fed and its chair must be permitted to act independently and in the best interests of the economy, free of short-term political pressures and, in particular, without the threat of removal or demotion of Fed leaders for political reasons," they wrote.

The essay never named the president directly, despite his long history of antagonism towards both Powell and the bank.

Last December, he criticized the Fed for raising rates despite signs of a weakening global economy.

He has repeatedly berated the Fed for failing to provide additional juice to the American economy, asserting that if the central bank followed his advice, economic growth would climb substantially from its current rate of two percent, and the stock market would rise 10,000 points.

Economist have cast doubt on Trump's claims, though many agree with the president's contention that last year's rate hike was the wrong move.

Fed officials have since backtracked and the bank lowered rates on Wednesday for the first time since the Great Recession more than a decade ago.

Yet the move didn't satisfy Trump, who on Twitter said it fell short of the "aggressive rate-cutting cycle" he wanted.

"As usual, Powell let us down," he tweeted after the cut.

The former Fed chiefs acknowledged in their essay that they and their institution had made mistakes, but believed "those decisions were better for being the product of nonpartisan, nonpolitical assessments based on analysis of the longer-run economic interests of US citizens."

"The Fed's nonpartisan status doesn't mean it is unaccountable," they wrote.