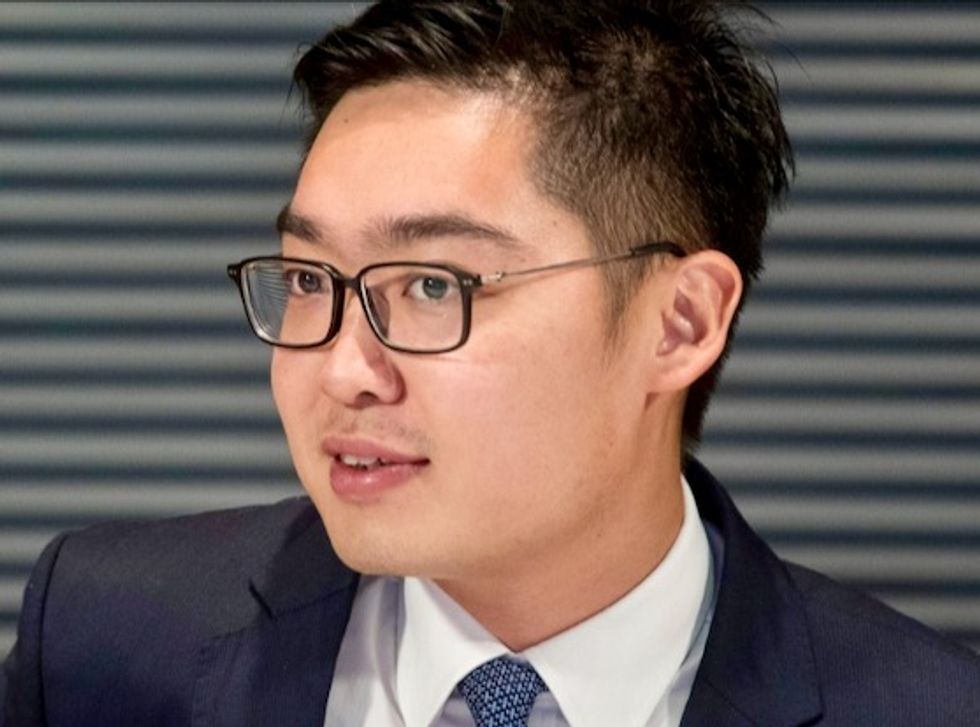 The founder of a banned Hong Kong independence party has been arrested in a raid where offensive weapons and explosives were found, a senior police source told AFP Friday, as the city reels from weeks of anti-government protests.

In a statement, police said eight people -- seven men and one woman -- were arrested at an industrial building on Thursday evening in the district of Sha Tin on charges of possession of an offensive weapon and possession of explosives without a licence.

The statement did not identify the individuals arrested. But a senior police source told AFP that independence activist Andy Chan was among those detained.

"Andy Chan was arrested inside a premise with (a) gasoline bomb seized," the source said, asking not to be identified.

Chan's independence party -- the Hong Kong National Party -- was outlawed last year on the grounds it posed a national security threat, the first such ban since 1997.

His party contained only a few dozen members but its formation infuriated Beijing, which sees calls for independence as an absolute red line.

The banning of his party -- and the expulsion of a Financial Times journalist who chaired a talk with Chan at the city's press club before the party was outlawed -- were held up as two examples of sliding freedoms in Hong Kong as Beijing clamps down on dissent.

The South China Morning Post reported that a crowd of protesters gathered outside Sha Tin police station overnight, shouting slogans and throwing eggs at the building.

Semi-autonomous Hong Kong has endured two months of protests that began with a government bid to introduce a law that would have allowed extraditions to mainland China.

The demonstrations evolved into a movement for deeper democratic reforms and an end to eroding freedoms, in the most significant challenge to Beijing's rule since the city's handover from Britain in 1997.