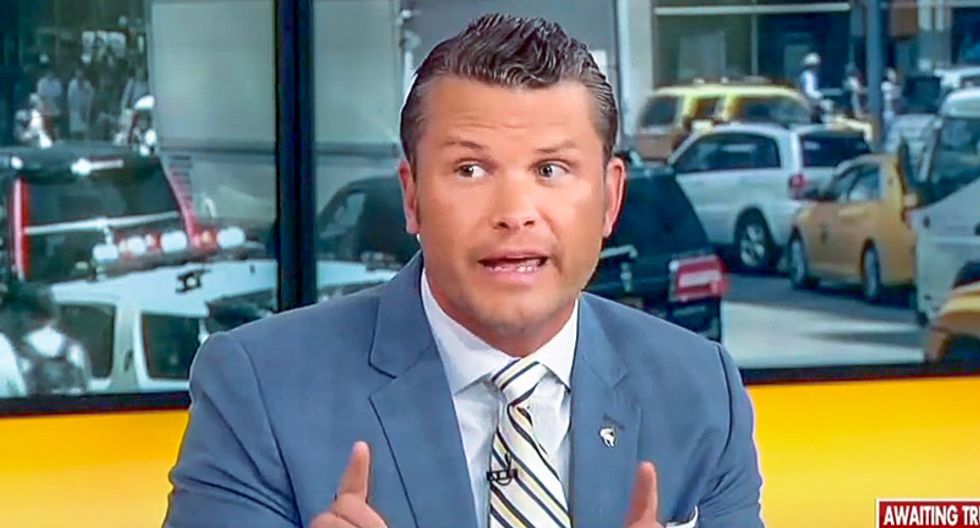 While other news networks were reporting on the mass shootings in El Paso and Dayton that killed 29 people, Fox News was running segments focusing on the "crisis at the border" and a Navy SEAL charity swim.

Hegseth made the remark at the conclusion of the charity swim segment, which was filled with laughter.

"More Fox & friends on the other side on this great day," Hegseth announced.