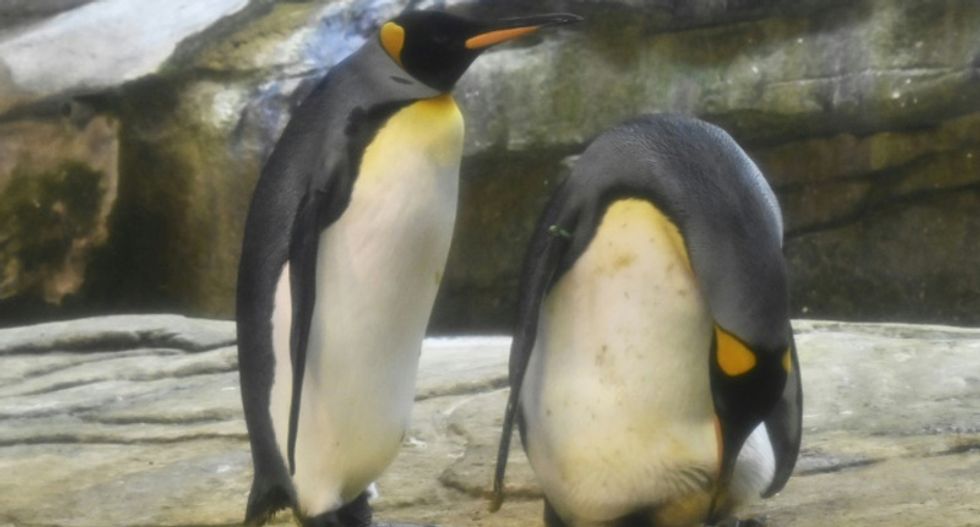 A pair of gay penguins in Germany who tried earnestly to hatch a stone now have the chance to become real parents.

Staff at Berlin Zoo recently presented the amorous male couple with an egg, which they swiftly began to incubate.

The egg came from another pair who in recent years "have not got along 100 percent and who have therefore often damaged their eggs", said zookeeper Norbert Zahmel.

Ten-year-old Royal penguins Skipper and Ping were an "excellent" choice as adoptive parents, he added.

Zookeepers don't know for certain if the egg is fertilised, but if it does hatch it would be the first birth of a penguin at the zoo in more than 20 years.

Same-sex love among penguins is nothing new, with homosexual behaviour among the species reported in zoos and in the wild.

During gay Pride week, London Zoo mounted a banner above its penguin beach, declaring: "Some penguins are gay. Get over it," in a nod to a human campaign against homophobia.