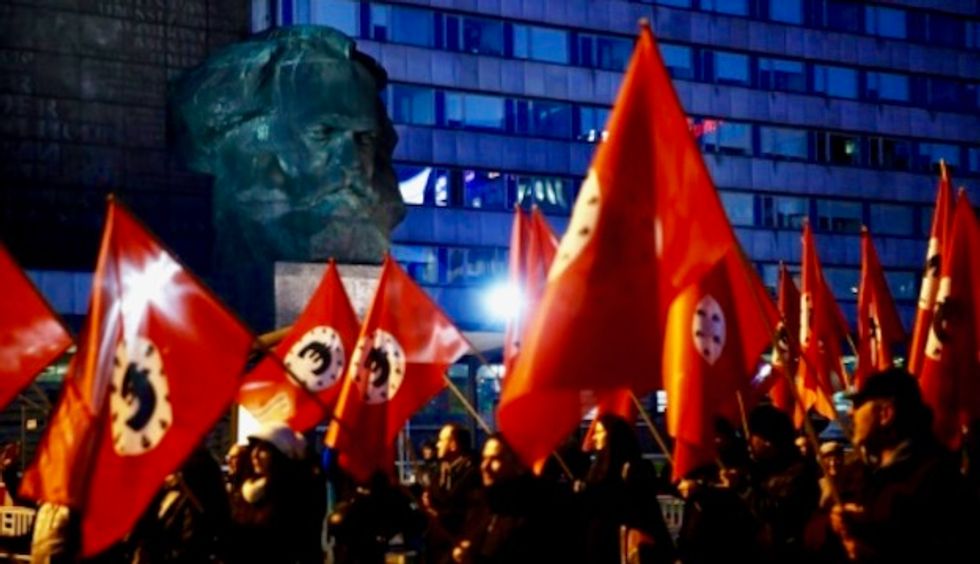 Germany is bracing for what could be the first outright election victories for the far-right AfD party on Sunday, when voters in two states in the ex-communist east go to the polls.

The anti-immigration Alternative for Germany has polled strongly in both Brandenburg and Saxony states, part of its eastern electoral heartland.

In Brandenburg, which surrounds Berlin, the AfD has been polling at around 21 percent, neck and neck with the governing Social Democratic Party (SPD).

Brandenburg's SPD state premier Dietmar Woidke has voiced hope that the vote winner will not be "a party that stands for exclusion, hatred and agitation".

In Saxony, home to the city of Dresden, the AfD has slipped back somewhat to poll at 25 percent, behind the 29 percent for Merkel's centre-right Christian Democrats (CDU).

A third election will be held on October 27 in the eastern state of Thuringia.

The AfD, formed six years ago as a eurosceptic group, now focuses mainly on fear and anger over Germany's mass migrant influx since 2015.

It already has seats in all 16 German state assemblies and the national and European parliaments.

Eastern Germany is home to several of the AfD's most extremist leaders, among them Bjoern Hoecke, who has labelled Berlin's Holocaust memorial a "monument of shame", and his close ally Andreas Kalbitz, the top candidate in Brandenburg.

The chancellor, who also grew up in the east, has avoided campaigning ahead of Sunday's polls in the region, where she has in the past faced harsh abuse.

Aside from railing against Islam and immigrants, the AfD has capitalized on lingering resentment since the 1989 fall of the Berlin Wall.

"Let's complete the Wende" (turnaround), it has vowed, referring to the 1989 peaceful revolution that ended the Soviet-allied one-party state.

Those turbulent changes brought freedom and national reunification in 1990 but also painful factory closures, mass layoffs and an exodus of young people.

The AfD has long co-opted the former pro-democracy chant "We are the people" and turned it against what it labels the "Merkel regime".

"An unpleasant mood" now prevails in much of the east, former Brandenburg premier Matthias Platzeck told national news agency DPA, after leading a study on 30 years of German unity.

He said that many people who lived through the "collapse after 1990, the 2008 financial crisis and 2015 refugee crisis, all in one generation," had lost faith in the state's ability to protect them.

Thomas Kliche, political psychologist at the University of Magdeburg-Stendal, said that "in economic terms, the East Germans in fact experienced a hostile takeover".

"Every year thousands of doctors and teachers migrate to the West where they earn more... Many East Germans have completely lost confidence in social justice."

For Merkel, an election debacle for either her CDU or junior coalition partner the SPD would pose another threat to their uneasy coalition.

The veteran leader has already pledged to step down when her current term ends in 2021, but regional election upsets could speed up her government's demise.

Poor results for the SPD, already demoralized by a string of election defeats, would boost internal critics who want the party to leave Merkel's government quickly.