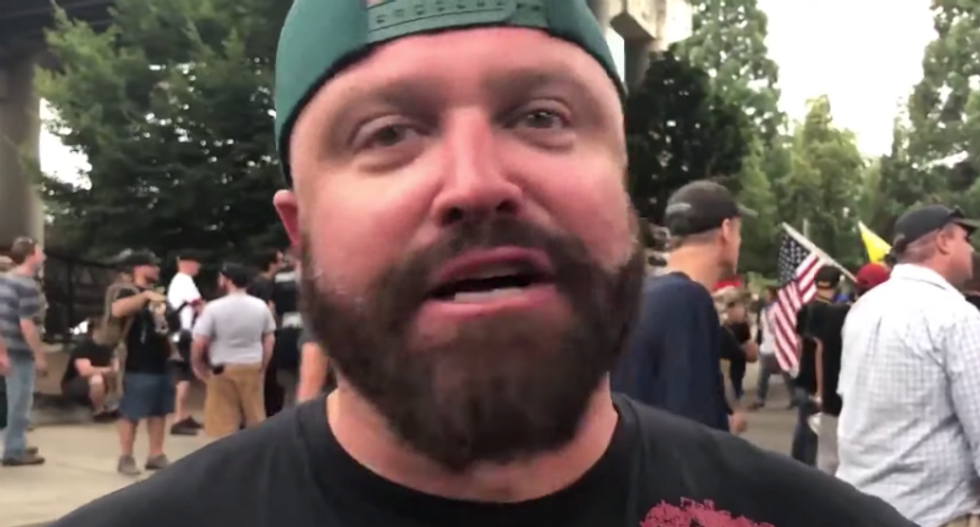 The organizer of a far-right rally in Portland, Oregon claimed the event was a "success" after President Donald Trump attacked Portlandiers protesting the group.

"A confluence of protesters on opposite ends of the ideological spectrum merged on Portland’s waterfront Saturday in a tense but relatively uneventful face-off that brought national attention, including a tweet in the hours before the protest by President Trump decrying the city’s signature anti-fascist movement," the Oregonian reported Saturday.

When a similar right-wing rally in Charlottesville, Virginia killed Heather Heyer, Trump argued there were "fine people" on both sides of the "Unite the Right" rally.

On Saturday, he attacked anti-fascist activists to defend the far-right rally.

Major consideration is being given to naming ANTIFA an “ORGANIZATION OF TERROR.” Portland is being watched very clo… https://t.co/W2uvDB4NNZ
— Donald J. Trump (@Donald J. Trump) 1566050659.0

This was seen as vindication for the rally's organizer.

"Joe Biggs, a former InfoWars staffer and the organizer of Saturday’s right-wing demonstration, was asked by The Oregonian/OregonLive what message the effort got across," the newspaper reported.

“Go look at President Trump’s Twitter,” Biggs said. “He talked about Portland, said he’s watching antifa. That’s all we wanted. We wanted national attention, and we got it. Mission success.”