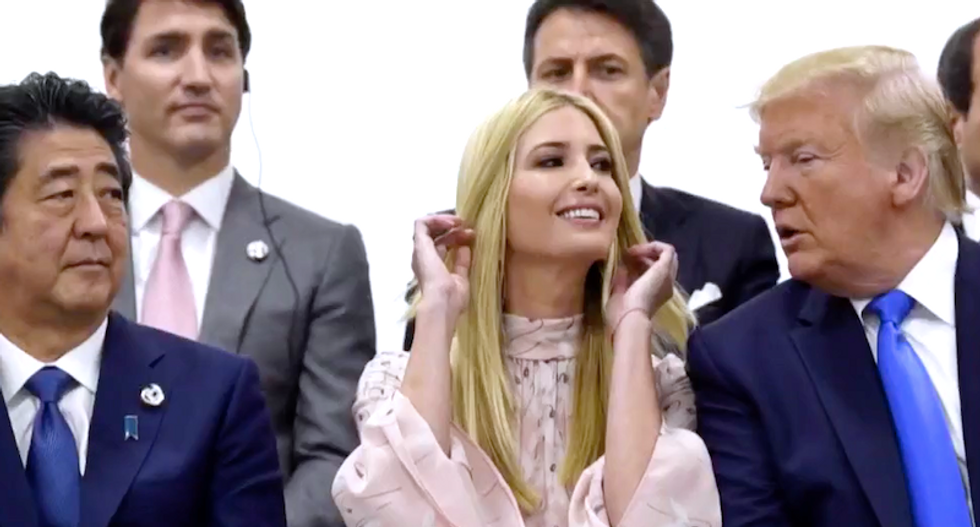 On Tuesday's edition of CNN's "The Situation Room," chief legal analyst Jeffrey Toobin told anchor Wolf Blitzer that Ivanka Trump's efforts to call up senators about gun control are "going nowhere" — as is her entire existence in the White House.

"You were learning, Jeffrey, that the president's senior adviser Ivanka Trump is talking with lawmakers about potential gun legislation," said Blitzer. "A White House official said the president's daughter 'has trusted relationships on both sides of the aisle.' Do you believe she's qualified to broker these kind of sensitive issues?"

"You know, Wolf, there's a reason why most companies have rules against nepotism. Because people who are hired on merit are usually better at their jobs than people who are hired because they're related to the boss," said Toobin. "As far as I could tell, Ivanka Trump has led an accomplishment-free existence at the White House."

"And this mythology that followed Ivanka Trump and her husband from New York, that they're really the moderates, they're really not racist, they really believe in gay rights — all of that has proven to be untrue. And they have not — Jared Kushner does have one success with the criminal justice reform bill, which was certainly a real thing. But this is complete spin. And as far as I can tell, it means nothing and this gun control bill doesn't even exist, and if it existed it would be going nowhere.