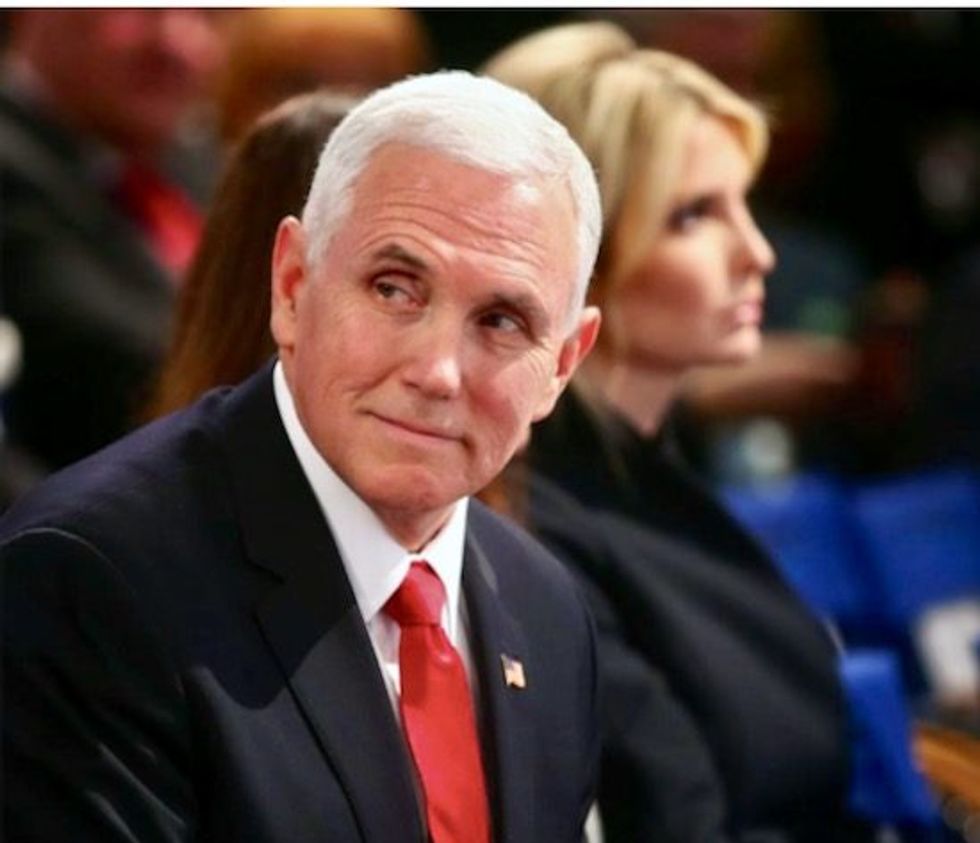 Republicans, and President Donald Trump, in particular, are known for denouncing "gun-free zones" as part of the problems around mass shootings. The Fox News argument, from Pete Hegseth to Sean Hannity, is that these zones essentially prevented “good guys with guns” from having the ability to shoot back and take down a mass shooter.

It's an interesting claim since, in Ohio and Gilroy, California, the shooter was able to be taken down in less than one minute. In Ohio, there were still nine people killed and 36 injured. In California, there were three dead and 12 wounded. These so-called "good guys with guns" still couldn't prevent the mass shooting or prevent the loss of life. Increased security still couldn't stop the mass shooting or the loss of life.

Yet, the Republican claim remains: gun-free zones are the most dangerous places, and more guns are necessary. If that was true, why then do Republicans and right-wing groups have their own gun-free zones for their events? If they genuinely believed in the "good guy with a gun" philosophy, they wouldn't continue to use gun-free zones.

Here are examples of the places Republicans won't let you bring guns while they oppose gun-free zones:

President Donald Trump hides behind the skirt of the Secret Service that works to protect him, his family, and other elected leaders. But a president generally has the purview to tell his Secret Service what he would like. Surely, the president believes that his supporters are perfect examples of "good guys with guns." His campaign gathers extensive information on those attending his rallies in advance of the events. The campaign could share that information with the Secret Service to ensure anyone flagged wouldn't be allowed in the rally with a gun. The president could also make his speeches behind bulletproof glass as he did at the Lincoln Memorial during the Fourth of July celebration. Instead, the president rails against gun-free zones, while utilizing them himself.

Republican officials similarly hide behind the "gun-free zone" while railing against it. Rep. Thomas Massie (R-KY) introduced a bill to get rid of all gun-free zones in schools. If he believes gun-free zones are the problems, he will get rid of the gun-free zone around the U.S. Capitol and House and Senate office buildings. Instead, he too hides behind his gun-free zone.

Just a few days ago, the NRA tweeted out that gun-free zones don't work. They even noted that 89 percent of mass shootings occur in such zones.

Yet, when it's time for their annual convention, supporters couldn't bring guns while the political leaders were speaking. It was a rule imposed by the Secret Service, which the president and vice president could have told they wanted people to be able to exercise their Second Amendment rights. Indeed, the NRA could have worked with the White House and Secret Service to ensure no gun-free zone existed.

Similarly, no guns were allowed at the 2016 Republican Convention in Cleveland, Ohio. State law allowed open-carry, but the arena has long been a gun-free zone.

"In accordance with the Ohio's 'concealed carry' law and the right for private entities to ban handguns on their premises, firearms and other weapons of any kind are strictly forbidden on the premises of Quicken Loans Arena," states the arena's policies and procedures site.

If Republicans truly believed that gun-free zones were dangerous, they wouldn't have held their convention in an area that demanded a gun-free zone.

As with the White House, Mar-a-Lago is a gun-free zone.

"Pocket knives, laser pointers, pepper spray, and any other items deemed to be a safety hazard are not permitted on property," a letter from the club told members. "Any items surrendered will not be returned."

Each member of Mar-a-Lago is vetted by the club and presumably the secret service, who guards the property around the clock. Yet, none of those so-called "good guys" are allowed to bring guns.

"At this time there are groups from the more violent strains of the leftist ideology, some even being paid, who are preying on public town halls to wreak havoc and threaten public safety," Rep. Louie Gohmert (R-TX) said in a statement. "The House Sergeant at Arms advised us after former Congresswoman Gabby Giffords was shot at a public appearance, that civilian attendees at Congressional public events stand the most chance of being harmed or killed — just as happened there."