Here are the top three mistakes Trump made in his failed nomination of Texas Rep. John Ratcliffe 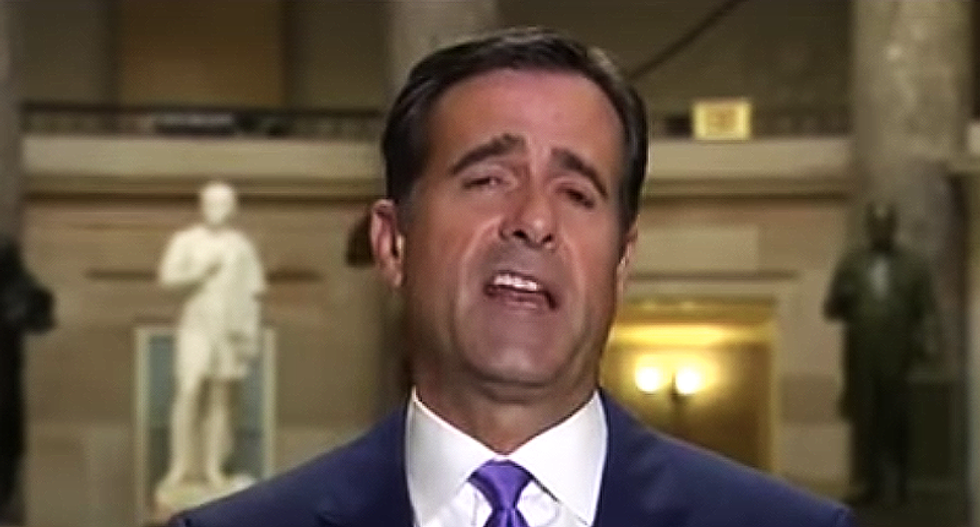 Rep. John Ratcliffe (R-TX) withdrew his nomination on Friday, only five days after Trump announced his pick in a tweet.

"The head-spinning turnaround is the latest example of a Trump administration pick going down after President Donald Trump moved to appoint a key official without first gathering the backing of senior lawmakers or conducting a thorough background examination," Politico reported.

The publication explained how Trump failed to vet Ratcliffe, refused to get buy-in from key Republicans prior to his announcement, and was unprepared to defend their choice.

Ratcliffe's lack of experience was a major red flag.

"Ratcliffe was previously the acting U.S. attorney for the Eastern District of Texas, but had minimal experience in the intelligence world beyond serving on the House Intelligence Committee for the last six months," Politico reported. "A former White House official familiar with the deliberations heard today from White House and congressional officials that they didn't believe Ratcliffe was going to make it, because of concerns over his lack of experience and questions about inflating his resume, which had been exposed in a daily drip of news articles."

The lack of vetting meant the administration was unprepared to defend their choice, who was exposed for having lied about having had any experience in terrorism.

The White House also failed to get buy-in from Republicans.

"Senate Republican Party and committee leaders were lukewarm at best on his nomination," Politico reported. "Republican officials said Friday that the White House did not seek buy in from crucial senators and that there were few people willing to stump for Ratcliffe."

Burr told Republicans this week that Trump had called him to ask about Ratcliffe, according to a source familiar with the matter. Burr responded that he didn't know much about the lawmaker but would consult with a few people. But less than a half-hour later, Trump tweeted that Ratcliffe was his choice," Politico reported.

The White House also reportedly failed to prepare to defend their nominee.

"A senior GOP aide expressed surprise that the White House had not set up a war room with experienced communications professionals to run a rapid response and messaging operation for such a high-profile nomination that might have been able to prepare for, and respond to, the inevitable criticism of Ratcliffe's record," Politico reported.

"It kind of shows that this whole thing was slapped together from Trump watching TV," the Republican aide said.