Here's how Jeffrey Epstein could have killed himself despite reports he was on suicide watch: MSNBC analyst 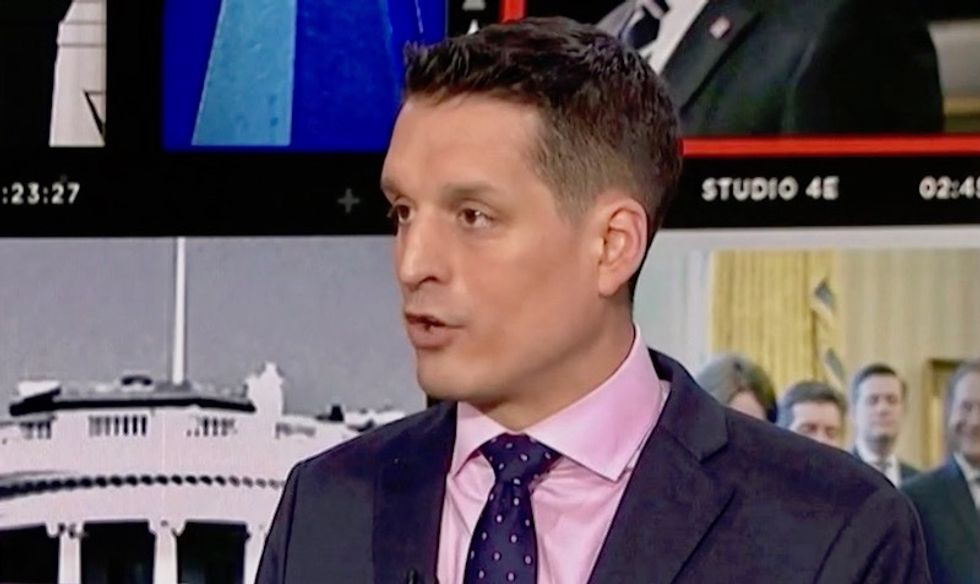 Wealth manager and accused sex trafficker Jeffrey Epstein's apparent death by suicide in a Manhattan jail has sparked immediate questions, given earlier reporting that he was on suicide watch.

As MSNBC legal analyst Danny Cevallos explained to Joy Reid, one possible explanation is that he had been taken off suicide watch more recently.

"There was a previous incident that was said to potentially have been an attempted suicide, so was he on suicide watch?" asked Reid.

"I'm hearing that he may have been on suicide watch and taken off suicide watch, but there still are a lot of questions about what that earlier incident was, whether or not officials or medical providers saw it just as maybe a cry for help and not a serious suicide threat," said Cevallos. "If you look at the Bureau of Prisons' policies on suicide prevention, they take any reference to suicide, any expression of suicidal intent very seriously, and you're supposed to refer everything to the psychology department immediately. There are going to be questions about where he was housed."

"Is this a maximum security facility he was in?" said Reid. "He's accused of serious crimes. It seems odd just to the casual viewer, right, that the person not only who was accused of serious crimes over many many many years, had been convicted of being a sex offender before but also knew powerful people. The stories that are coming out from unsealed documents that we saw this week show that he had associations with and was facilitating children for sex to other powerful people. Somebody with that much information, with that much to offer potentially to prosecutors, how was he just left on his own? I think that's what a lot of people are going to ask. How was he on his own not being watched 24/7?"

"He was a pretrial detainee," said Cevallos. "This is not like he would be someone who is housed at a supermax facility such as the one in Colorado. He has not yet been convicted. So it's a slightly different classification, a way of looking at things. He's at MCC, Metropolitan Correctional Center."

"And the statistics show far and away, more likely to commit suicide are pretrial detainees and within the first few days or weeks of their detention," added Cevallos. "And that's exactly where Jeffrey Epstein was. It's only been a couple of weeks, if that, since he was held without bail. Since he had his bail hearing and bail was denied, but far and away, detainees, people awaiting their trial, and particularly people charged and convicted of sex offenses are at high risk of suicide, more than prisoners who have been convicted and serving their sentence, at supermax or minimum security."