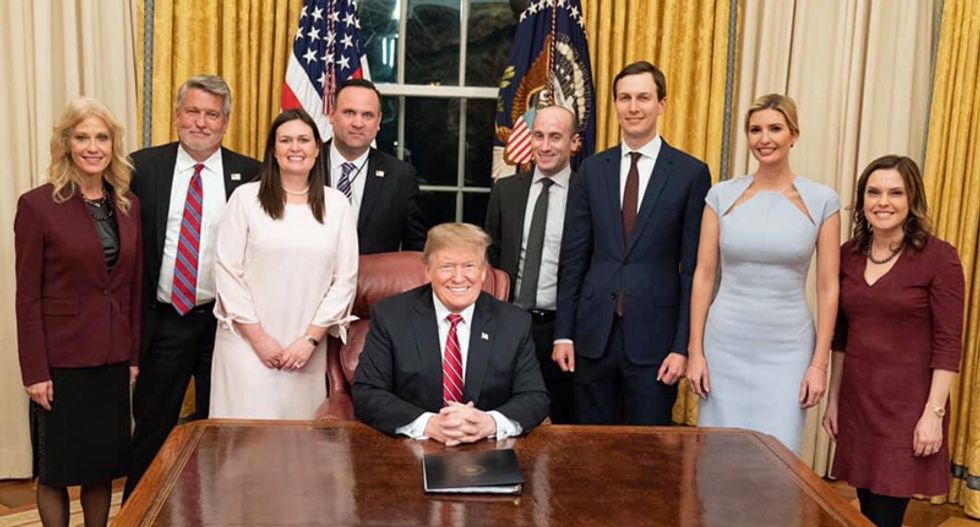 Congress should utilize its power to arrest and jail associates of President Donald Trump who refuse to comply with congressional subpoenas.

Former federal prosecutor John Flannery was interviewed on MSNBC's "The Beat" about the latest in the impeachment investigation into Trump.

"Former Trump campaign manager Corey Lewandowski -- after some wrangling -- is now saying he will testify publicly in this impeachment probe by the House Judiciary Committee," host Ari Melber reported. "The committee ramping up what it’s now calling formal impeachment proceedings -- according to Chairman Nadler -- investigating these obstruction issues."

"White House officials had talked about invoking executive privilege in some sort of bid to stop someone who never worked at the White House. That was a shaky legal argument," Melber noted. "Lewandowski here clearly seems to be moving away from that bid and saying look, he will engage."

The host turned to Flannery for analysis.

"How would you advise the committee to deal with a witness like this?" Melber asked. "I’ve spoken to Mr. Lewandowski since our reporting where we played things he said about the issue that were proven false by the Mueller report. I’ve invited him back on. He hasn’t come back yet. What do you do with a witness who has proven willing to tell falsehoods?"

"It’s time they considered using their inherent powers, the ones that were used back in the Teapot Dome," Flannery advised.

"You’re talking about jailing them inside the capitol?" Melber asked.

"Absolutely. It’s about time these people stopped talking about using their inherent powers for a penalty or fine which they would need the court to enforce. Instead, they can have the Sergeant at Arms appoint a deputy and if they fail to testify, put them in custody."

"There’s no reason why they shouldn’t do it. This is a constitutional crisis of historic dimensions," Flannery added.