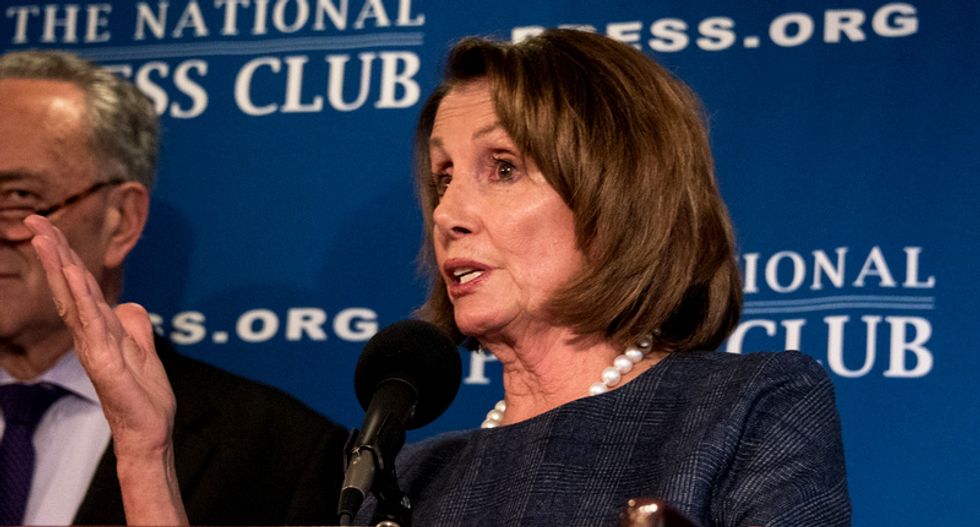 The presidential oath of office is just one sentence:

"Preserve, protect and defend" can be open to interpretation and many of us will have different ideas of what that might mean. But I don't think there's anyone in the country, of any political stripe, who does not think that the president has a sworn obligation to protect the nation from attack by a foreign nation. It's the most important duty of the job.

Over the last two years we have learned through testimony from all the top federal law enforcement officials and directors of the Intelligence agencies that the nation's elections system — its democracy — was interfered with and sabotaged by Russian cyber-attacks in 2016 and 2018. They all say it will happen again in 2020. This conclusion has been backed up by the congressional intelligence committees and the report from special counsel Robert Mueller. There have been examples of similar attacks in other countries, including our European allies. There is evidence that there's been collaboration between political players in the U.S. and elsewhere and agents or representatives of the Russian government. It is assumed that Russia's success will be seen as an invitation for other adversaries such as China, North Korea and Iran, all of which have demonstrated a capacity to launch similar attacks.

There really isn't any serious dispute that it happened. The question is whether the government is doing everything in its power to stop it from happening again. Unfortunately, Senate Majority Leader Mitch McConnell, R-Ky., is blocking legislation designed to stop it.

And on Thursday, President Trump made it clear that he will do absolutely nothing to stop any further electoral cyber-attacks from happening:

It's hard to overstate how serious that is. Donald Trump denied that Russia is currently interfering in our elections, contradicting his own government experts and outside observers. It's always been possible that Trump denied that it happened in 2016 simply because he believed that would call his own legitimacy into question. But insisting that it won't happen in 2020 is a different thing altogether. Any foreign country has to see our president turning a blind eye as a green light to further incursions. After two and a half years of being immersed in this issue, no one can excuse Trump by saying he doesn't understand that this is a betrayal of his oath of office.

If a sitting president who virtually invites a foreign adversary to intervene in his re-election isn't worthy of an impeachment inquiry, literally nothing is.

When Mueller delivered his testimony last week, most pundits dismissed it as a dud that didn't change anything. That is beginning to look like an incorrect assessment. The political sands are shifting. Six Republican members of Congress have announced their retirements in the last two weeks. None of them have named the Russia issue as their reasoning, of course. They are Republicans. But three of them, all from Texas districts that could plausibly be Democratic targets, are highly involved in intelligence and cyber-security matters. Rep. Mike Conaway is a powerful member of the House Intelligence Committee who handled the Russia probe when former chair Devin Nunes was forced to (sort of) recuse himself. Rep. Mike McCaul sits on the Homeland Security and Foreign Affairs committees. Rep. Will Hurd, the last remaining African American in the GOP caucus, is a former CIA officer with a special interest in cyber-security who sits on both the House Oversight and Intelligence committees.

Those could be a coincidences. Any Republican could be looking for reasons to abandon ship at this point. But consider what's happened on the Democratic side, where 23 House members have come out in favor of launching an impeachment inquiry since Mueller testified, bringing the total to 118. A majority of the Democratic caucus now favors beginning a process that could lead to the impeachment of President Trump.

Rep. Ted Deutch, D-Fla., wrote in a recent op-ed that an impeachment inquiry is already underway:

In the past, a resolution directing the Judiciary Committee to consider impeachment was needed to grant the committee additional subpoena authority and financial resources. That was the official start of an impeachment inquiry. But times have changed. In 2015, Republican leaders gave committee chairs broad subpoena powers — powers that Chairman Nadler retains today. No additional step is required. No magic words need to be uttered on the House floor. No vote to authorize an impeachment inquiry is necessary.

There is a legal reason for declaring that an impeachment investigation is already happening, even though the full House hasn't voted on it. Experts believe that will strengthen Democrats' arguments in court as they try to break through the White House's unprecedented stonewalling. But apparently, it's a political decision as well. Rep. Pramila Jayapal, D-Wash., appeared on Chris Hayes' MSNBC show on Thursday and said, "We see the Mueller testimony as an inflection point, a watershed, whatever you want to call it. It was the moment when Robert Mueller said, 'Donald Trump has not been exonerated.'"

If they are serious about this, at some point the goal must go beyond endless hearings. If enough Democrats get on board (and, hypothetically, any Republicans with a spine), they must ultimately pass articles of impeachment and turn the case over to the Senate for trial. As for the fact that Trump will not be convicted in the Senate, presidential candidate Julián Castro explained exactly how to handle that in the CNN debate on Wednesday: "If Mitch McConnell lets him off, we’re going to say, sure. They impeached him in the House, his friend Mitch McConnell — ‘Moscow Mitch’ — let him off the hook."

To that end, four grassroots groups — MoveOn, Need to Impeach, Stand Up America and Indivisible — are kicking in with a new initiative called Impeachment August, in which they exhort their members and others to find town halls and other events during the August recess to demand that their representatives support impeachment.

As for the public, they are still on the fence. People consistently say they don't even want to hear about impeachment. But the vast majority of the public didn't want to hear about Hillary Clinton's emails either. They heard about them endlessly anyway, and there's little doubt that issue was an albatross around her neck throughout the campaign. Impeachment could plague and damage Trump in much the same way.

If Democrats believe that the only way to hold Trump accountable for his crimes is to beat him at the ballot box, impeachment may be one of the very best tools they have to make sure that happens.

Rep. Liz Cheney (R-WY) is not backing down from her fight with former President Donald Trump and is now encouraging the United States Department of Justice to conduct a criminal investigation into the former president.

In an interview with NBC News, Cheney said it was necessary for the DOJ to uncover the full truth about the events leading up to the deadly January 6th riots at the Capitol, even if that meant charging the former president with crimes.

A former Republican lawmaker from Wisconsin on Thursday slammed his party for lying about the nature of the January 6th riots at the United States Capitol building.

Former Rep. Reid Ribble (R-WI) told CNN's John Berman that he was shocked watching so many Republicans downplay the events of January 6th, with some even questioning whether the violent rioters who were draped in Trump gear were actually Trump supporters.

The EPA acknowledged in a 2017 report that human activity was, at least in part, to blame for glaciers shrinking, sea levels rising, coastal flooding and other threats, but the agency's climate change indicators website was not updated under former president Donald Trump, reported the BBC.