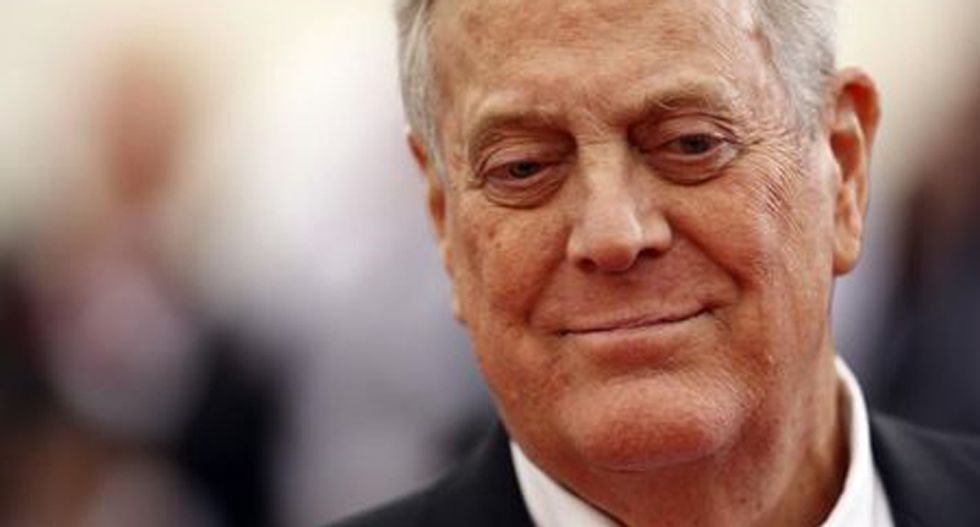 Billionaire conservative political activist David Koch has just died. He was 79. With his brother he founded and ran the massive Koch Industries. He was worth an estimated $48 billion.

Koch will be lauded by some as a philanthropist – his name appears on buildings like New York City’s Lincoln Center, and he donated to hospitals, museums, and universities. But many Americans will remember him as one of the major players behind the Tea Party, and using his vast wealth to help massively reconstruct American politics into, some say, the vitriolic insanity we see today.

Jane Mayer, who literally wrote the book on “Dark Money” in politics, including the impact of the Koch brothers, last year penned another deep dive into their history.

She wrote at The New Yorker that in 1980 “Charles convinced his younger brother David to run for Vice-President on the Libertarian Party ticket. The brothers regarded Ronald Reagan, who was running for President that year, as too liberal. The Libertarian platform called for abolishing all federal income taxes and virtually every federal agency, including the I.R.S., the F.B.I., the C.I.A., the F.E.C., the E.P.A., the F.D.A., and the S.E.C. The party also opposed Medicaid, Medicare, Social Security, public education, and minimum-wage and child-labor laws. Charles and David, former members of the John Birch Society, which their father, Fred, helped found, regarded centralized government as a scourge akin to Communism. At the time, however, such views were considered kooky even by most conservatives. The conservative stalwart William F. Buckley, Jr., called the Kochs’ views “Anarcho-Totalitarianism.” The voters’ verdict was equally harsh. David spent two million dollars of his own money on his candidacy in 1980, but he was trounced. The Libertarian Party earned only one per cent of the vote.”

On social media some are sharing their remembrances of David Koch, and what he stood for.

David Koch's biggest legacy was convincing aging white voters that it was OK to be mad at the black man who fixed t… https://t.co/JLGyGfR9fP
— The Daily Edge (@The Daily Edge) 1566566936.0

David Koch represented a Republican Party of the past when racism and misogyny drove public policy, but it was more… https://t.co/WbK5A8ylij
— Andrew Abramson (@Andrew Abramson) 1566565832.0