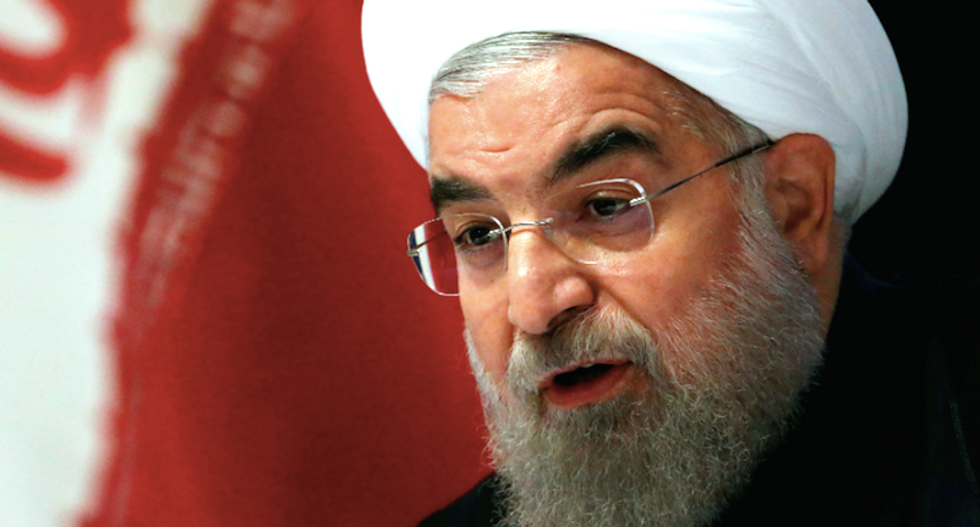 President Hassan Rouhani Tuesday told the United States to "take the first step" by lifting all sanctions against Iran, a day after US President Donald Trump said he was open to meeting.

"The step is to retreat from sanctions. You must retreat from all illegal, unjust and wrong sanctions against the nation of Iran," Rouhani said in a speech aired live on state television.

He said "the key for positive change is in the hands of Washington", because Iran had already ruled out ever doing what worries the US the most -- building an atomic bomb.

"If honestly this is your only concern, this concern has already been removed" through a fatwa issued by supreme leader Ayatollah Ali Khamenei, he said.

Khamenei is said to have issued a fatwa against nuclear weapons in 2003 and has reiterated it several times since.

"So take the first step. Without this step, this lock will not be unlocked," Rouhani said at a Tehran event marking the start of construction at a housing project.

The US unilaterally pulled out of a 2015 multilateral nuclear deal in May last year and subsequently reimposed biting sanctions.