‘It is not’: Fox News’ Shep Smith wallops Trump for lying that his wall ‘is going up rapidly’ 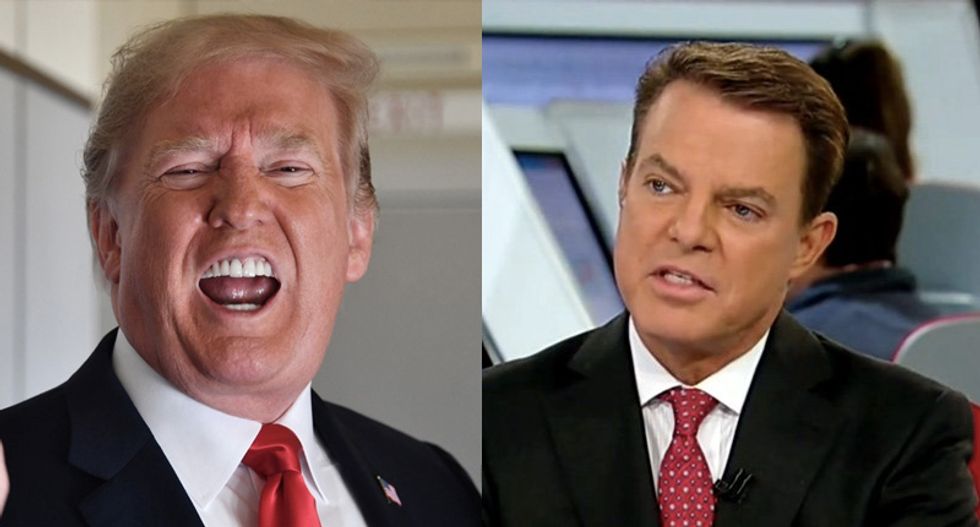 On Wednesday, President Donald Trump tweeted a video of the Southwest border.

"The Wall is going up very fast despite total Obstruction by Democrats in Congress, and elsewhere!" the president proclaimed.

Fox News host Shep Smith was not convinced. In a segment Wednesday, Smith shot down the president's claim.

"The president made border security a main stay of his message dating back to the campaign with, "Build that wall and Mexico will pay for it," Smith said.

"Existing barriers have been replaced. Same span. The total of repaired barrier is about 60 miles along that 2,000 mile border," he continued.

"In some cases with a new wall system as Customs and Border protections calls it, new tech and new lighting, but not in new areas. The Pentagon approved another 20 miles of wall for Arizona and California," Smith said.

"Still it seems the president wants more progress on his promise. An hour ago, he tweeted that the wall is going up very fast despite obstruction by Democrats. Today, The Washington Post reports the president is telling his aides to use eminent domain to seize private land and ignore environmental laws," Smith said.

"That he told senior aides that if he doesn’t get it done, it would be embarrassing. When staffers explained that some of his requests would require them to break the law, the paper reports he responded that if anybody gets in trouble, don’t worry, I’ll pardon you," Smith noted.

"The Post reports one official told The Washington Post that the president was joking. Just moments ago, the president tweeted that the report is, as he put it, fake news. The president also said in the tweet that the wall is going up rapidly. It is not. As we just reported, there’s no new wall. Only replacement for walls which were in need of repair or upgrade. Those are the facts," Smith concluded.