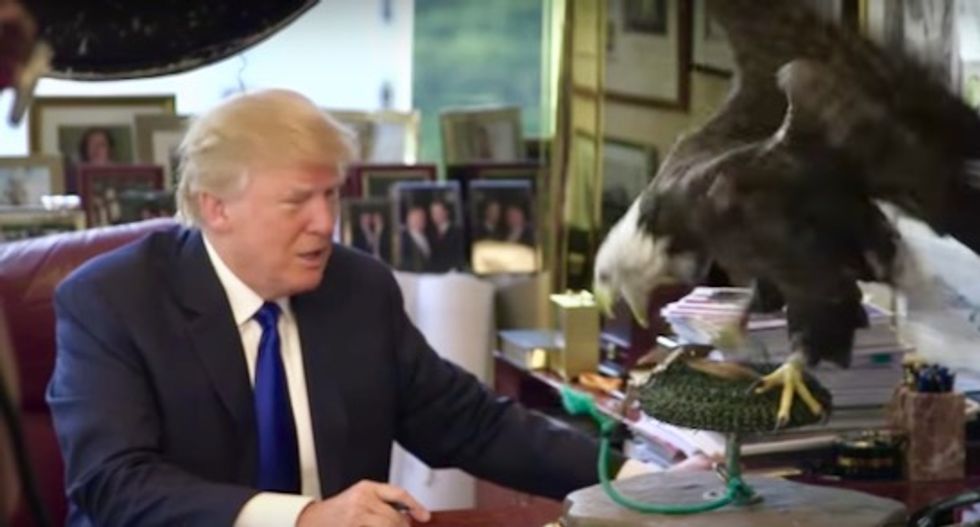 “It’s a gift to industry, and it’s illegal,” one environmental group says.

Nearly since the dawn of the republic, America’s Bald Eagle has been featured on many official logos of the U.S. government, including 1792’s Great Seal of the United States. It also appears on the Seal of the President of the United States. The Endangered Species Act of 1973 saved the Bald Eagle from extinction. It’s also saved the Grizzly Bear, the peregrine falcon, the manatee, the humpback whale, and other animals  from extinction. It has a 99% success rate.

A 1978 U.S. Supreme Court ruling found: “It is clear from the Act’s legislative history that Congress intended to halt and reverse the trend toward species extinction—whatever the cost.”

The Trump administration has a different idea.

President Trump is about to strangle the Endangered Species Act (ESA) to allow Big Oil to make even more money.

Federal and state governments in the U.S. handed almost $30 billion to the oil, gas, and coal industry between 2015 and 2016, and gave consumers nearly $15 billion to help pay their fuel costs, The Guardian reports. During that same cycle, “oil, gas, and coal companies spent $354 million in campaign contributions and lobbying,” 88% of which went to GOP lawmakers.

The changes could clear the way for new mining, oil and gas drilling, and development in areas where protected species live. The new rules will make it harder to consider the effects of climate change on wildlife when deciding whether a given species warrants protection. They would most likely shrink critical habitats and, for the first time, allow economic factors to be taken into account when making determinations.

Environmental are calling the move “a disaster for imperiled wildlife at a time when the United Nations has warned that human pressures are poised to drive one million species into extinction and that protecting land and biodiversity is criticalto keep greenhouse gas emissions in check,” according to The Times.

“This effort to gut protections for endangered and threatened species has the same two features of most Trump administration actions: It’s a gift to industry, and it’s illegal,” says Drew Caputo, vice president of litigation for lands, wildlife and oceans at the nonprofit Earthjustice, according to HuffPost. “We’ll see the Trump administration in court about it.”

Trump already has a bad relationship with the Bald Eagle, at least this one, during a TIME magazine photo shoot.