'It's always dread with President Trump': CNN analyst says G7 leaders are revolted they have to meet with Trump again 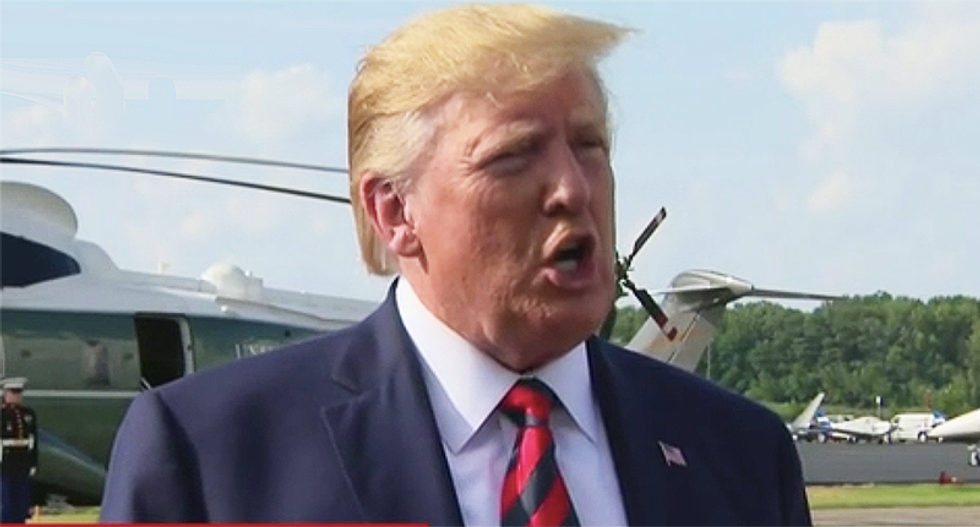 On Thursday's edition of CNN's "The Situation Room," reporter Abby Phillip said that world leaders are feeling "dread" about the prospect of meeting with President Donald Trump after his latest round of erratic behavior on the world stage.

"There is a big test on foreign relations for President Trump this weekend," said host Brianna Keilar. "He's going to the G7. He, Abby, is headed there after insulting Denmark by pulling out of a state visit, keeping in mind that Denmark is a key intel and military ally of the U.S. What is the mood going into this forum?"

"Who is dreading it? The other countries?" asked Keilar.

"Yeah, and the White House staff," said Phillip. "Virtually every G7 that President Trump has attended has been preceded by this kind of, this sense of impending drama. Now, Emmanuel Macron, the president of France, is trying to get ahead of that by saying, 'You know, we're not even going to have a communiqué, we're not going to even try to sign something that President Trump will have to then pull out of.' And that's one way to resolve the tensions."

"But also note, Brianna, that the president has been rage-tweeting at Germany for several days now," added Phillip. "He has been accusing them of trying to gain an upper hand in their economy by having very low or negative interest rates. So he is going into this already kind of worked up with individual members about different things, and it's really not a very good sign."