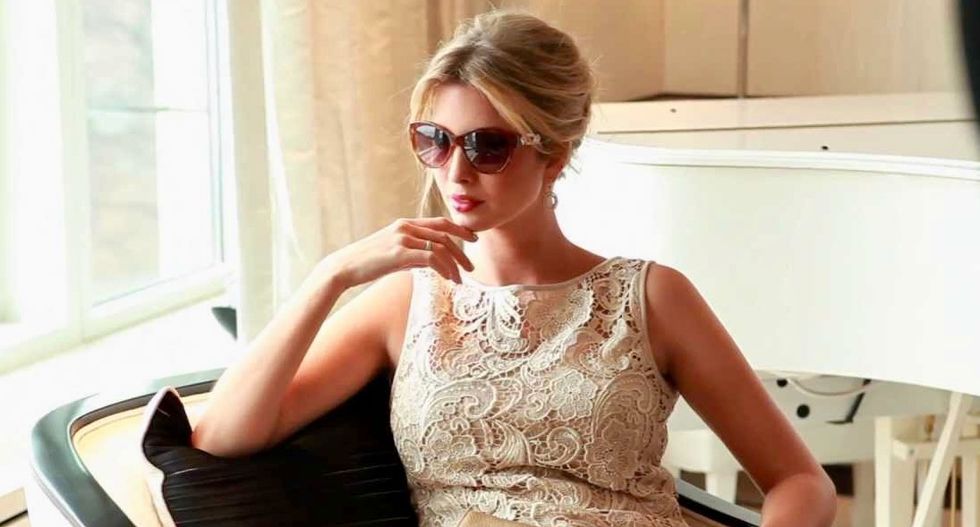 An extensive piece on Ivanka Trump appeared on New York Magazine's site Monday showed off her passion about Ayn Rand.

Rand is a topic of belief and worship from former Speaker Paul Ryan and many tea party members still in Congress. The philosophy seems to fly in the face of some of Ms. Trump's past comments. Then again, some of the things Rand praises, like the ego, using beauty as a weapon and others are things Trump has perfected.

"In her rebellious phase, she dyed her hair blue, listened to grunge and country music, and cried over Kurt Cobain’s death, none of which her parents were excited about," the New York Magazine piece said. "She also developed another habit that friends say her father did not like — she became a prodigious reader of great novels, burying her nose in Fitzgerald, Hemingway, Austen, Morrison. In her 20s, she said her favorite book was Ayn Rand’s Atlas Shrugged and she had modeled herself on its capitalist heroine, Dagny Taggart."

Rand's thick novel is a love letter to capitalism, and Dagny Taggart is a stunning, powerful woman, who personifies the author's objectivism philosophy.

Taggart is known for not letting men boss her around, an interesting characteristic for a woman who stands behind her father.

The character is also known for using her beauty as a weapon.

"Lillian moved forward to meet her, studying her with curiosity," Atlas Shurgged reads. "They had met before, on infrequent occasions, and she found it strange to see Dagny Taggart wearing an evening gown. It was a black dress with a bodice that fell as a cape over one arm and shoulder, leaving the other bare: the naked shoulder was the gown’s only ornament. Seeing her in the suits she wore, one never thought of Dagny Taggart’s body. The black dress seemed excessively revealing – because it was astonishing to discover that the lines of her shoulder were fragile and beautiful, and that the diamond band on the wrist of her naked arm gave her the most feminine of all aspects: the look of being chained."

Read the extensive profile on Trump at New York Magazine.