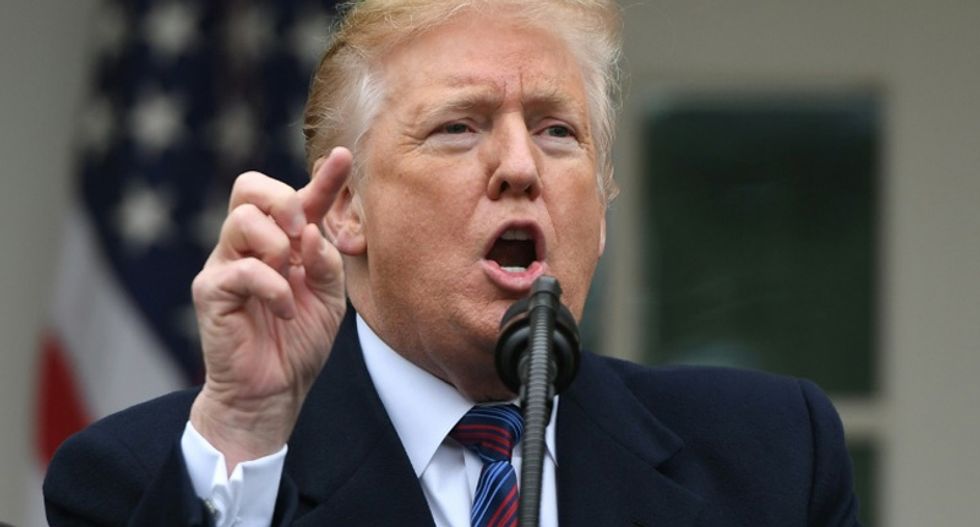 Federal judges are uniquely positioned to challenged President Donald Trump and rein in his overreaches. And for precisely this reason, they have become a particularly loathed target of his ire, often drawing derisive condemnation when they deliver rulings that he doesn’t like.

And according to a post from the American Bar Association, judges are coming under greater threat — particularly on social media — as Trump’s attacks on the judiciary have ramped up.

The conclusion came from a panel discussion about efforts to undermine the courts at the American Bar Association Annual Meeting in San Francisco last week.

All six judges on the panel agreed: “Attacks on the judiciary are becoming more common.”

“We are not as wed to the rule of law as we would like to think we are,” Ohio Chief Justice Maureen O’Connor said. “The consequence of that is what we are seeing now.”

Seattle federal Judge James Robart recounted being threatened in 2017 after he blocked Trump’s initial travel ban targeting immigrants from Muslim-majority countries. Trump called him a “so-called judge” and said: “Just cannot believe a judge would put our country in such peril. If something happens, blame him and court system. People pouring in. Bad!”

That’s when the threats grew frightening. By the time it was over, Robart had received more than 42,000 calls, letters and emails. Marshals determined that 1,100 were “serious threats,” including more than 100 death threats.

“Here’s the president of the United States saying this person is not a judge,” Robart recalled, “implying you can disregard his ruling, and saying these people are flooding into the country to rape your wife, rape your children and it’s all his fault. I think that crosses a line from legitimate criticism of a ruling and goes into a whole different area.”

Author Amy Siskind noted on Twitter that the trend identified by the ABA is a “Hallmark of authoritarianism.”

“These very personal and sometimes terrifying attacks are having an effect,” Washington Supreme Court Justice Debra Stephens said. “You can’t do things the way we’ve always done, with our lips sealed and just talking in platitudes. We have to take more aggressive action.”

Catholic Bishops in Michigan have spent over $238,000 – nearly a quarter of a million dollars – to fight a civil rights group's goal of expanding protections for the state's LGBTQ people via a proposed 2022 ballot initiative.

"Campaign finance reports filed on Monday show the Lansing-based Michigan Catholic Conference, which bills itself as 'the official voice of the Catholic Church in Michigan on matters of public policy,' has made $238,874.80 in direct and in-kind contributions to Citizens for Equality, Fairness and Justice, an organization formed in April that has actively opposed the LGBTQ initiative," MiBiz's Andy Balaskovitz reports. "The MCC made up nearly all of the committee's $204,175 in direct contributions this funding cycle."