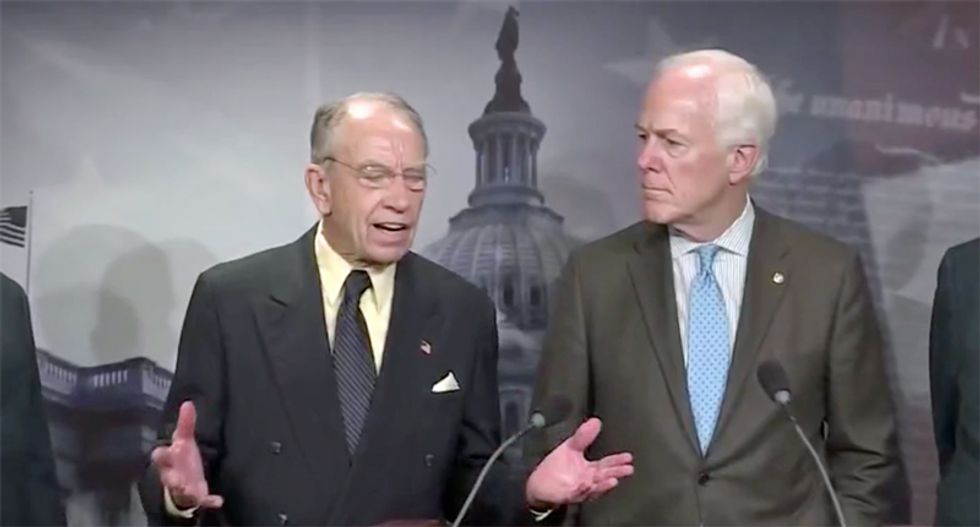 Republican senators who have remained silent in the face of President Donald Trump's racism should "just resign," an MSNBC law enforcement analyst urged on Monday.

"What is causing the phenomenon that the FBI director was talking about there, that increasingly the threats that they are seeing here in the United States, the domestic terrorism cases are motivated by white supremacy or white nationalism?" Hunt asked.

"I looked yesterday on the website at the Southern Property Law Center just to count the number of civil rights martyrs on their memorial. This is instructive for all of us, from 1954 to 1968, 38 people were killed," he explained. "In fourteen years, there were 38."

"Many reasons, certainly digital hate, recruiting on the Internet, but they get away with the violence because of the silence," he continued. "It was Dr. King who said, you know, we will long forget the words of our enemies, but we will remember the silence of our friends -- and the silence is deafening from the political class up there."

"There are people in the Senate that should just leave. Just resign," Kavanaugh demanded. "Because you’re silent on the issue facing America like this. White supremacy is ascendant. It feels emboldened, it feels strong, it feels supported."

"There is no choice. You have to pick a side. If you pick silence, then we know what side you’re on," he concluded.