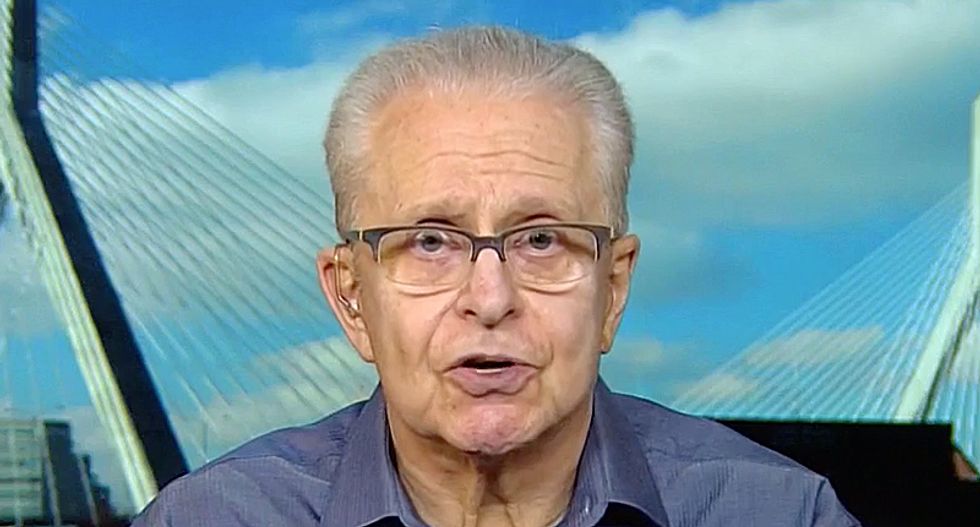 Harvard Law Professor Laurence Tribe went after the Department of Justice Office of Legal Counsel for creating an internal government department that operates above the law and outside of any accountability.

"The whole notion of a 'secret' body of law is anathema to the rule of law in an open society. Just think Franz Kafka or Joseph Stalin. It’s time to bring the work product of DOJ’s powerful Office of Legal Counsel (OLC) into the light of day," tweeted Tribe on Thursday.

The whole notion of a “secret” body of law is anathema to the rule of law in an open society. Just think Franz Kafk… https://t.co/5DixqRFgwm
— Laurence Tribe (@Laurence Tribe) 1567098618.0

It was part of a response to a Politico piece detailing the rules under which the Office of Legal Counsel operates.

When special counsel Robert Mueller released his 400-page report about whether President Donald Trump broke the law, he noted that the question wasn't one that he could consider due to the 1973 OLC opinion. But the OLC isn't a legal entity nor can it be challenged the way a law could be challenged in court or Congress could pass its own laws.

Politico explained it is an area of law that is above the "checks and balances" that the Constitution sought to create.

"The public knows nothing about it and there’s no way to challenge it in court, let alone debate it in the halls of Congress," said the report, calling the OLC "a whole body of secret law."

"Very little is known about these opinions—which carry the force of law, resolve disputes between agencies, direct the conduct of federal officials and can even affect civil rights and liberties," the report detailed.

One legal scholar told the site that these OLC opinions can date back to America's founding and some even "rival the opinions of the Supreme Court." That isn't the way law is supposed to work, however.

Congress can't debate the conclusions if there are abuses and courts can't do anything either. There's no recourse for anyone if there are rulings handed down by the OLC.

In the Mueller case, as an example, legal scholars noted that if Trump is reelected in 2020 he would be out of office after the statute of limitations expired for alleged obstruction of justice. That would mean that the OLC decision puts the president above the law, something that runs counter to the Constitution.

In some cases, the Supreme Court intervened when the OLC declared something legal. In 2017, for example, the OLC said that Trump's third attempt at a Muslim travel ban was legal, but the state of Hawaii took the administration to court anyway.

In 2011, President Barack Obama overruled the OLC opinion about military action in Libya. In that case, it was upheld because the president and the attorney general are the only ones able to overrule the decisions.

"Understanding past overreach could help us better understand today’s," Politico wrote. "Barr, then [in 1991] and now, is the kind of attorney general whose expansive views of executive power deserve legal scrutiny—and the public is entitled to know to what extent the Office of Legal Counsel abetted or disregarded his maximalist impulses. More than 25 years ago, he was behind some of the Justice Department’s darkest hours: From a lawless surveillance program he approved that long predated the National Security Agency’s post-9/11 excesses to his role in recommending pardons for officials implicated in the Iran-Contra affair, the American people deserve to know how much secret law he helped create for the presidents he’s served—and how much of it may still be good law for the rest of the executive branch today. For all we know, some of these decisions may have been overruled by later administrations, presidents or attorneys general; the enduring secrecy of these opinions makes it difficult to tell."

The piece closes by saying that the decisions may not be "life and death," but they're examples of how the Justice Department is operating outside of the Constitution and far outside of any public transparency or accountability.