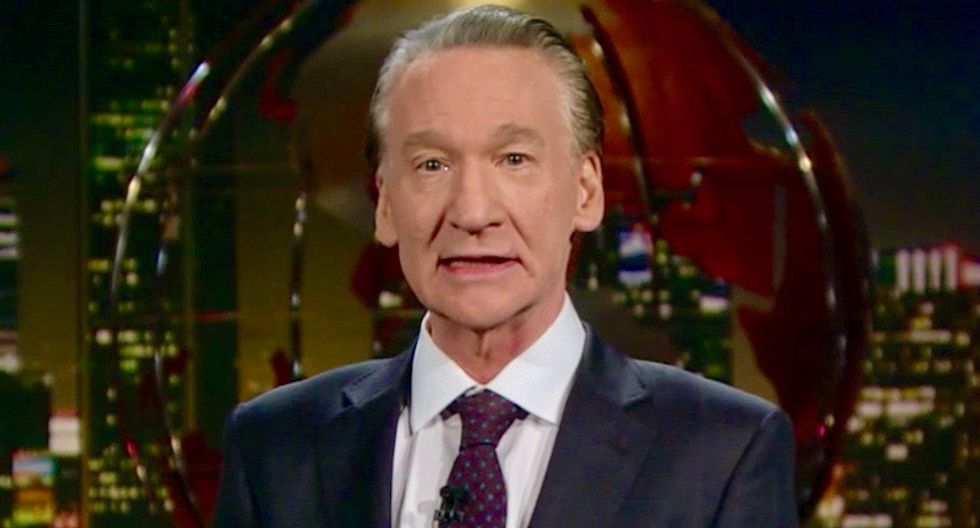 Rep. Rashida Tlaib, D-Mich., suggested a boycott against HBO host Bill Maher after he denounced the international movement to boycott Israel as a "bullshit purity test by people who want to appear woke but actually slept through history class."

"Maybe folks should boycott his show," Tlaib wrote in a tweet on Saturday. "I am tired of folks discrediting a form of speech that is centered on equality and freedom. This is exactly how they tried to discredit & stop the boycott to stand up against the apartheid in S. Africa. It didn't work then and it won't now."

Tlaib was responding to remarks by Maher during a Friday night episode of his show that the BDS movement — which calls for boycott, divestment and sanctions toward the State of Israel over human rights issues — is "a bullshit purity test by people who want to appear woke but actually slept through history class." After the audience applauded his line, Maher continued that "it’s predicated on this notion, I think — it’s very shallow thinking — that the Jews in Israel, mostly white, and the Palestinians are browner, so they must be innocent and correct, and the Jews must be wrong. As if the occupation came right out of the blue, that this completely peaceful people found themselves occupied. Forget about the intifadas and the suicide bombings and the rockets and how many wars."

After reading a quote from a BDS founder which stated that "no Palestinian, rational Palestinian, not a sell-out Palestinian, would ever accept a Jewish state in Palestine." Maher argued that the movement comes from people who don't want a Jewish state at all, adding that this side doesn't get presented in the American media. Republican political consultant Rick Wilson affirmed Maher's complaint, arguing that opposition to Presidents George W. Bush and Donald Trump were causing many on the left to adopt an ahistorical outlook when analyzing the Arab-Israel conflict. Maher also read from a list of statistics about Jews who had been run out of predominantly Muslim countries like Morocco, Egypt and Iran in the years since the founding of Israel.

After that, Maher addressed why he felt Tlaib and her colleague, Rep. Ilhan Omar, D-Minn., have been banned from visiting the State of Israel

"Congresswoman Omar has said things like, ‘It’s all about the Benjamins,’ ‘Israel has hypnotized the world,’ ‘May Allah awaken the people and help them see the evil doings of Israel.' She apologized for it, but it’s out there: Jews control the world, control the money. I can see why they don’t get a hero’s welcome," Maher observed.

In related news, Omar tweeted on Saturday that "#MyPalestinianSitty is trending and I am overcome with emotions realizing how we are finally humanizing one of the world’s most dehumanized peoples."

She later added, "Whether they let us in or not, the truth will be told and that I am grateful for! Many justice advocates are marginalized, imprisoned or killed by oppressive governments, but the fight carries on. 'The arc of the moral universe is long but it bends toward justice.' MLK"