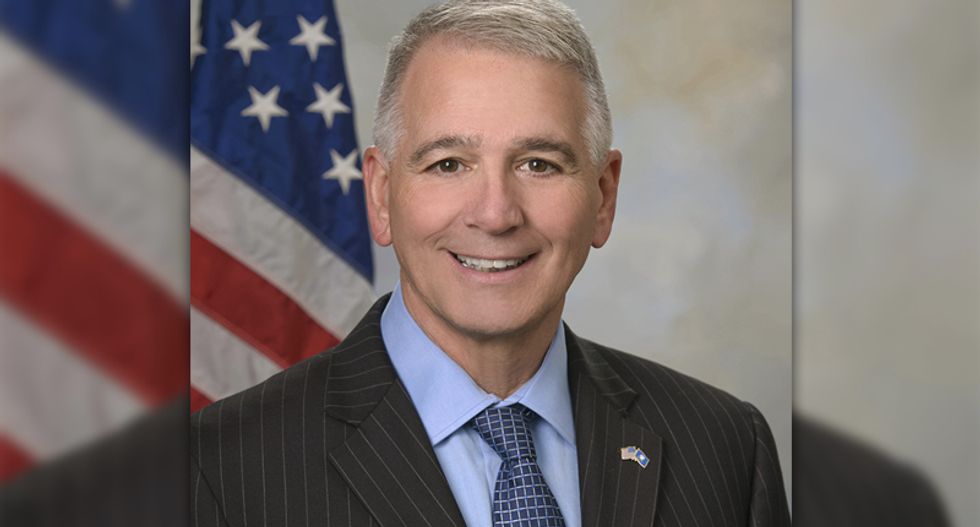 According to a report this week from the Bayou Brief, the recently released data from the Drug Enforcement Administration about opioid sales in the United States outed Abraham for being part of the overwhelming amount of opioids being sold from private pharmacies.

From 2006 to 2017, the Republican congressman's businesses, Clinic Pharmacy, and Adams Clinic Pharmacy in Mangham and Winnsboro respectively, sold 1,478,236 doses of powerful opioids to a tiny population of people. The Winnsboro pharmacy, in particular, saw a 67 percent increase in opioid filings over six years, the data shows.

If the story sounds familiar, it's because this isn't the first time a small-town pharmacy has been caught perpetuating the opioid crisis without any accountability. Drug wholesalers in Kermit, West Virginia was caught selling 9 million opioids out of a small privately-owned pharmacy there in just two years. The population of Kermit is 364 people.

Just last week, Johnson & Johnson lost a lawsuit by the state of Oklahoma, who accused the drug company of intentionally lying about the drug to doctors, surgeons, pharmacists, dentists and more.

"In theory, pharmacies act as a safety check for patients receiving drugs—they may notify patients if doctors accidentally prescribe two drugs that cause dangerous interactions together, for example," wrote Katherine Ellen Foley, health and science reporter for Quartz. "Given this responsibility, pharmacies (and their pharmacists) have to be licensed; each state has its own Board of Pharmacy that conducts routine inspections."

The difference between Kermit, West Virginia, and the small pharmacies in rural eastern Louisiana, however, is that a congressman owns the pharmacies. Given his experience in Washington and as a physician, Abraham should have known the facts about opioids.

Abraham has been in Congress since 2015, and throughout his entire Congressional career, his top industry donation has been from health professional, OpenSecrets listed. He's also been an opioid advocate in the past.

"In the medical profession, for these chronic pain, poor cancer patients that need help, we have other alternatives that work better, Dilaudid, OxyContin, you name it, Oxycodone, we have several options that do a much better job for chronic pain," Abraham said during a campaign debate in 2014. "I've had hundreds of patients unfortunately, with cancer that I've treated; they do well with these drugs."

To make matters worse, Abraham opposes state and municipal lawsuits like the ones the state of Oklahoma won. During a 2017 interview, Abraham claimed that the real blame of opioids belongs to the drug users, not the sellers. As one doctor in the documentary "Killing Pain" points out, opioids change brain chemistry and the pathways in the brain.

"What happens when they take that pill is it changes the brain," said Dr. Jason Beaman, chair of the Department of Psychiatry and Behavioral Sciences at Oklahoma State University. "Their brain chemistry is changed, and their life is forever changed. The brain his this center that is natural and we want it to be there -- it's called the reward center. And the reward center is the reason why when I eat a cheeseburger I get a sensation of happiness, and that's why I eat another cheeseburger later on. It's because my brain has remembered, 'Oh, that was a positive experience. You should do that again.' It does that on purpose because the brain wants me to eat. The reward for that is small. When you. take an opioid it does the same thing but it does it much, much stronger and it lays down new pathways in your brain, and that causes you to seek out the substances again."

"So it tells me that Mother Teresa would get addicted," Dr. Beaman said.

According to Abraham, drug manufacturers weren't responsible as they were "simply meeting a demand."

"I wanna get some objective data first, and I don't want it to be you know, like some of these large class-action suits that we have had in the past, where they just throw the baby out with the bathwater," Abraham said. "So, you know, let's see where the problem lies. You're correct; the manufacturers are simply meeting a demand that is being, maybe, abused by some physicians. Certainly abused, illicitly, by some street dealers," he concluded.

Abraham is now seeking the governor's seat in Louisiana.

You can watch the clip of Dr. Beaman speaking in "Killing Pain" below: