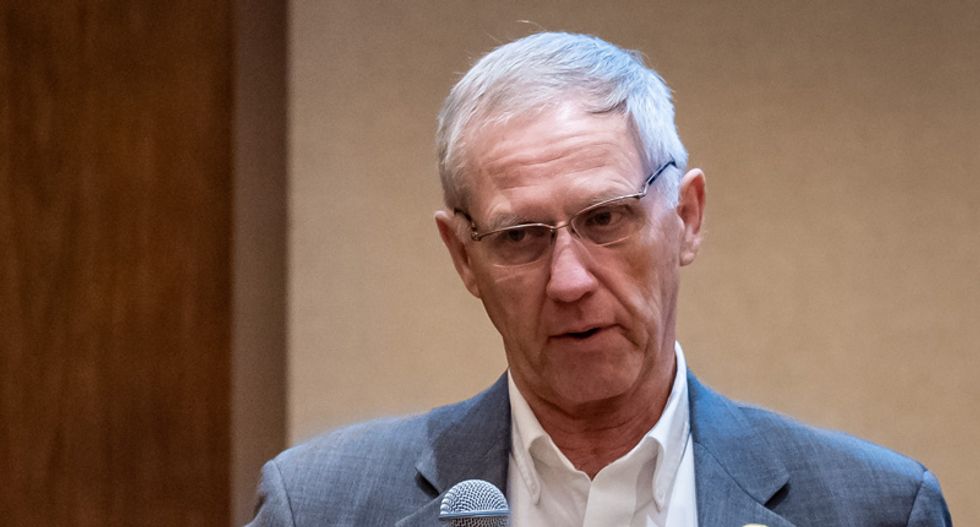 Roger Johnson, the president of the National Farmers Union, delivered a blistering rebuke to President Donald Trump after he responded to new tariffs from China by issuing a purported "order" telling American companies to look for alternative places to manufacture their goods.

In an official statement, Johnson pointed out that farmers so far have felt the brunt of the president's trade war, as China has slapped heavy tariffs on key agricultural products such as soybeans.

He also crushed the president for failing to make any progress on reopening the Chinese market to American goods.

"Every time Trump escalates his trade war, China calls his bluff -- and why would we expect any differently this time around?" he said. "And it’s no surprise that farmers are again the target. In just the past three years, US soybean exports to China have fallen nearly 80 percent, and once these tariffs kick in, things are likely to get worse."

Johnson said that the agriculture industry was already facing significant challenges before Trump added even more with his trade war -- and to make matters worse, he doesn't appear to be doing anything to make things better.

"But instead of looking to solve existing problems in our agricultural sector, this administration has just created new ones," he said. "Between burning bridges with all of our biggest trading partners and undermining our domestic biofuels industry, President Trump is making things worse, not better."

The whole statement is posted at CNN at this link.