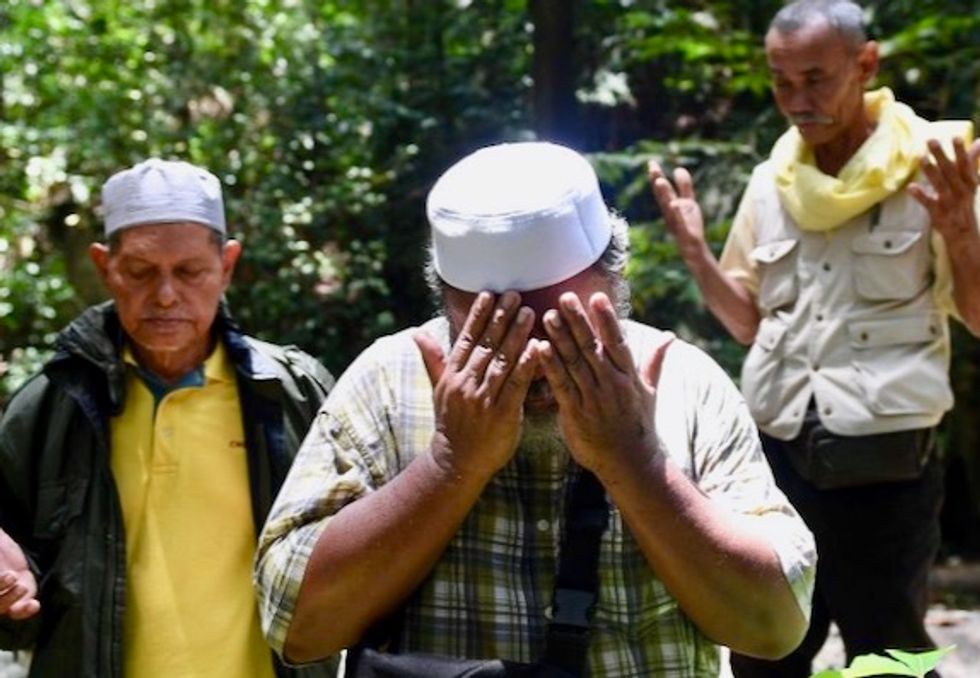 Shamans conducted rituals in the Malaysian jungle Monday in the latest bid to find a missing Franco-Irish teen, as her family offered a reward for information leading to the girl?s return.

Nora Quoirin, a 15-year-old with learning difficulties, disappeared on August 4, a day after checking into resort by a rainforest with her London-based family.

They believe she was abducted, but Malaysian police have classified it as a missing person case.

About 350 people are searching through dense jungle near the site in southwest Malaysia, but no trace of the teenager has been found. Police from France, Britain and Ireland are assisting in the investigation.

On Monday, a handful of traditional shamans -- known locally as "bomoh" -- appeared to go into a trance in the jungle as they conducted rituals to help locate her.

Her family offered a 50,000 ringgit ($11,900) reward, donated by a Belfast business, for information that could lead to her return, said The Lucie Blackman Trust, a charity that supports the families of British people missing abroad.

The schoolgirl "is so precious to us and our hearts are breaking. We are appealing to anyone who has information about Nora to help us find her", said a family statement.

The search has now expanded to include the slopes of a nearby mountain, said Che Zakaria Othman, deputy police chief of Negeri Sembilan state.

"We will continue the search for Nora. We are committed to finding her," he told reporters.

The schoolgirl went missing from the 12-acre (five-hectare) Dusun Resort not far from Kuala Lumpur, which is near a forest reserve and in the foothills of a mountain range.

Her family says it would be extremely unusual for the reserved youngster to have wandered off on her own.

While officially treating it as a missing person case, police say they have not ruled out other possibilities.

An open window was found in the cottage where the family was staying at the resort.

Police have questioned a number of people, are examining fingerprints found on a window, and looking into reports that villagers heard a truck early on the morning that the girl disappeared.