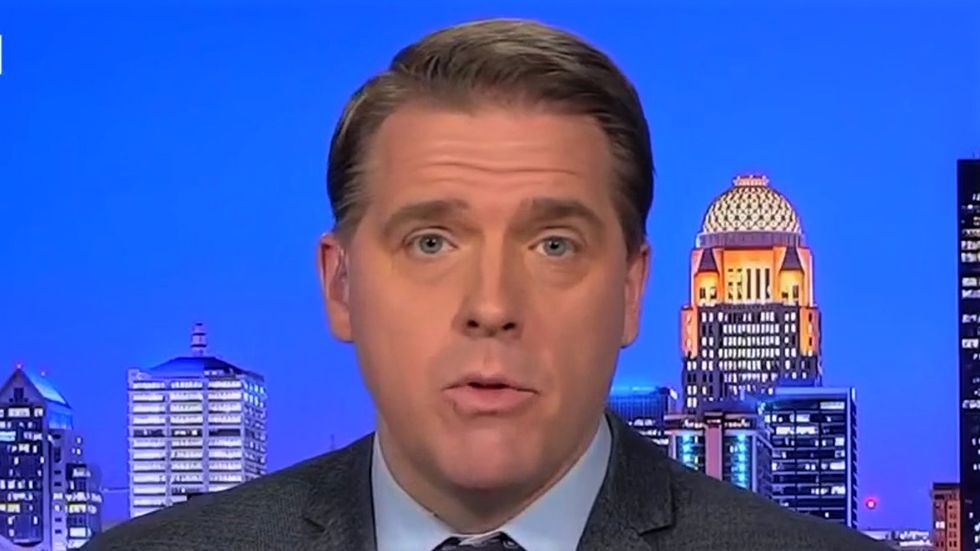 "President Trump blames the Internet, video games, mental health laws and the media, but nothing about his rhetoric," said host Erin Burnett to Boykin. "Your reaction?"

"What do you say about that? The president’s rhetoric matters," said Burnett to Jennings, playing a clip of Trump describing an "invasion" of migrants. "It’s impossible to not hear that when you hear this person post the word invasion online, isn’t it?"

"I think that the first question you asked is does the president’s rhetoric matter? Of course, it does. All political rhetoric matters," said Jennings, but he added, "I think today a lot of people have rushed to score political points and dunk on the president. I don’t hear a lot of people like Keith pointing out that the shooter in Ohio apparently was a leftist who commented online about all the left-wing Elizabeth Warren-type stuff. It wouldn’t be appropriate to do that, either. You can’t go around blaming every politician."

"Just take responsibility for what your guys are doing, what you're president is doing," said Boykin. "He’s calling countries 'sh*tholes.' He's telling people they're invaders. He said people from Mexico are rapists and drug dealers and criminals. This guy is inciting rhetoric that's encouraging people to engage in violent behavior. Just today, we saw Caesar Sayoc was sentenced to 20 years in prison, the guy who sent pipe bombs to CNN and other places, because of Donald Trump’s rhetoric. Donald Trump’s rhetoric is responsible for encouraging and inciting violence. But unfortunately Republicans are complicit because the Democrats asked to pass a background check and Mitch McConnell refused to act."

"What did you just say about Senator McConnell?" said Jennings.

"Mitch McConnell refused to act on the Democratic bill that was passed in February for background checks. And if that’s such an important issue, why won’t the Senate act on it?"

"I see you haven’t been following your news feed tonight," said Jennings. "Senator McConnell has asked the committee chairs on the three relevant committees to come together on a bipartisan plan from the Senate that might include what has come over from the House for action when they come back in September."

"That 'might' include after six months, that’s the best you can come up with?" said Boykin incredulously. "Come on. Six months later. You're finally going to say you might include something that has to do with a red flag law. We have been talking about background checks for years, and the NRA has forced republicans not to address the issue, and now under pressure because there were two shootings in one weekend, you say they might do something, and I'm supposed to be happy about it? Twenty-one people were shot and killed, I’m supposed to be happy about the fact that Senator Mitch McConnell might do  something? That’s not acceptable!"