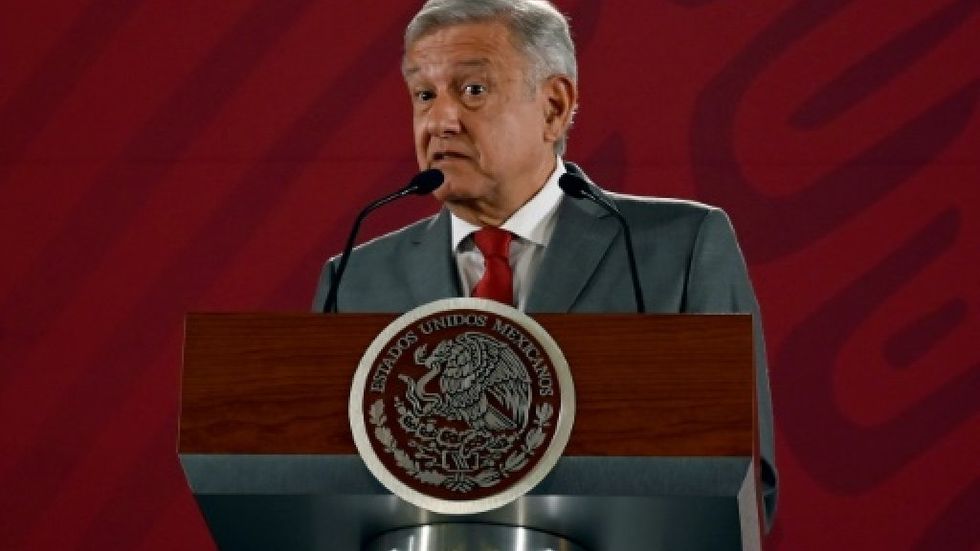 INEGI had initially said in July that GDP expanded by 0.1 percent in the period from April to June.

That puny-but-positive figure at least indicated the economy had returned to growth, after shrinking in the first quarter of the year.

Friday's revised figure, on the other hand, is a fresh bit of bad news for Mexico and President Andres Manuel Lopez Obrador, an anti-establishment leftist who took office in December promising to kick-start the economy, among other things.

He has not gotten off to an encouraging start: the economy shrank by 0.2 percent in the first quarter, raising the specter of a recession -- two or more consecutive quarters of economic contraction -- just months into Lopez Obrador's term.

With the United States and China locked in a trade war, US data flashing warning lights of a recession and Brexit mired in chaos, among other worrying signs, the "R" word is increasingly on people's lips, raising fear for the global economy.

INEGI said Mexican industrial activity, which represents nearly one-third of the economy, contracted by 0.2 percent, while the primary sector -- farming, mining and production of other raw goods -- contracted by 3.4 percent.

The services sector and related activities, which represent around 60 percent of the economy, grew by 0.2 percent, INEGI said.

Mexico's central bank cut its key interest rate by a quarter-point on August 15, to eight percent, a move aimed at boosting economic growth.

It was the first rate cut since 2014 for the normally hawkish central bank.

Lopez Obrador has vowed to deliver economic growth of two percent this year, and an average of four percent across his six-year term.