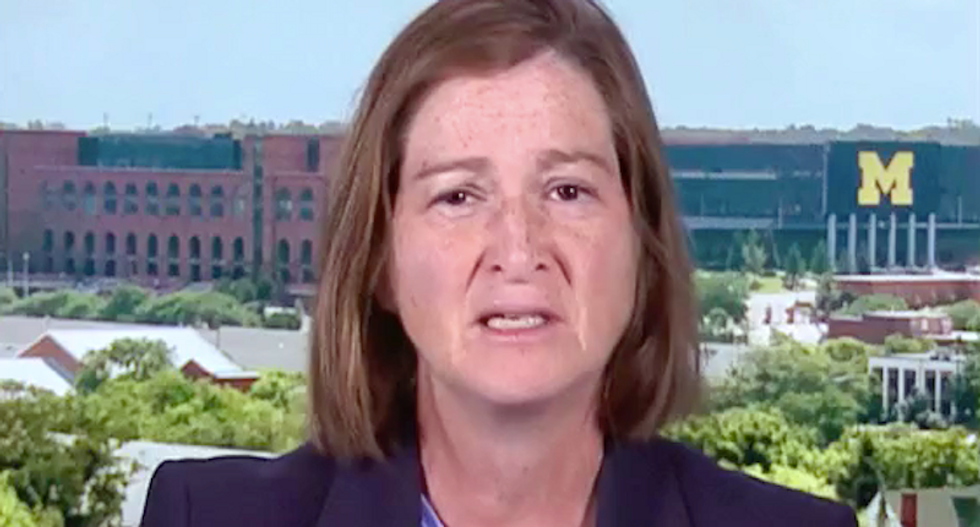 On Saturday, former federal prosecutor Barbara McQuade told MSNBC's Joy Reid that Senate Majority Leader Mitch McConnell (R-KY) is "blinded by self-interest" in blocking election security bills — and that he "needs to be removed" if he cannot do what is right for the country.

"Can the public sue?" said Reid. "Is there a possibility that voters in this country who are at risk of being disenfranchised by foreign governments, is there a class action lawsuit that people could file demanding that their government protect us?"

"Really, you would require some sort of cause of action and some sort of statute. So I think the recourse that voters have and citizens have is at the ballot box," said McQuade. "And of course, if Russians have their way, we're going to lose our power there as well."

"I think we need to take very seriously the threat that Robert Mueller says is happening as we sit here," said McQuade. "Russia is attacking our elections, and Mitch McConnell is working with President Trump to diminish that threat. I think it comes from a place not necessarily out of partnership with Russia, but of — blinded by self-interest."

"You know, I actually don't love the phrase 'Moscow Mitch' because I think it resorts to the same low-grade discourse that President Trump engages in, and I also think that it undermines the seriousness of the issue," continued McQuade. "And the issue is an attack on our democracy, the very existence. It's an existential threat and we need people like Mitch McConnell to take it seriously. And if he won't, he needs to be removed by someone who will."