Mnuchin begs Chris Wallace: Take the president ‘very literally’ except on being ‘the chosen one’ 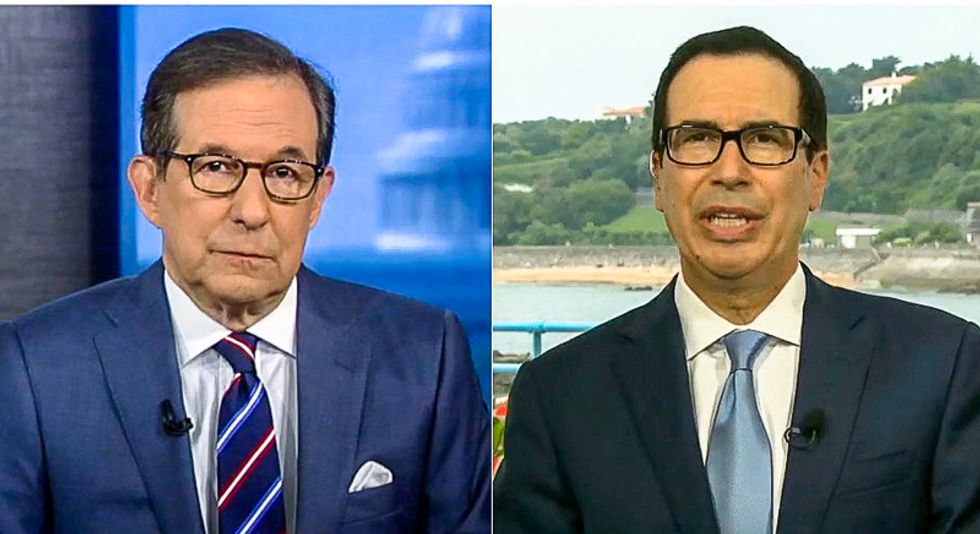 During an interview on FOX News Sunday, host Chris Wallace noted that Trump had recently "ordered" companies not to do business with China.

"When the president says something, how seriously, how literally should we take it?" Wallace asked.

"I think most of the time, you should take it very literally," Mnuchin insisted. "I think sometimes he says things that are meant to be a joke."

Mnuchin pointed to Trump's recent proclamation that he is "the chosen one."

"That was said tongue-in-cheek," Mnuchin opined. "That wasn't meant to be a serious comment, I think most people know."

"The president is serious about China and trade," he added. "People should understand that. He is very determined. He's trying to correct something that's gone on for the last 20 years where we have a very unfair trading relationship."

Trump, at a recent press gaggle, turned to the sky and declared himself "the chosen one." He did nothing to indicate he was joking at the time.