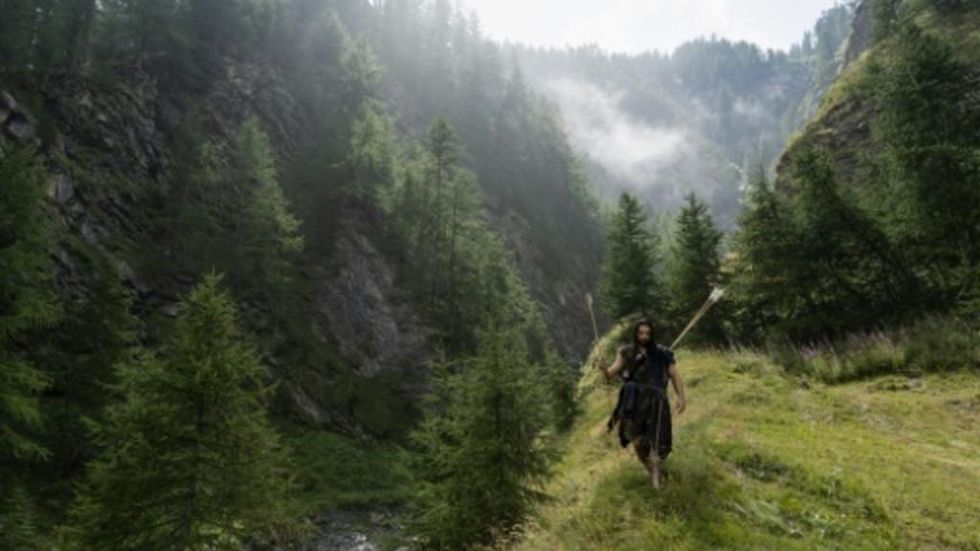 Guido Camia can show you how to light fires using just a flintstone, survive on a diet of insects and build a forest shelter.

The 37-year-old, who originally trained to be a patisserie chef, now makes a living offering "Neanderthal" survival courses in the Italian Alps.

On one of his weekend trips, you can watch him climb rocks and fish from streams barefoot, dressed in animal skins, carrying a spear and looking like something out of "The Flintstones".

But Camia's outdoor survival courses also come with an official stamp of approval.

"For the past five years, my courses have been supervised by Italy's International Survival Federation (FISSS)," he told AFP.

Camia says he also gives courses in more traditional attire, but his "passion for the paleolithic" gave him the idea of a Neanderthal sidekick.

"He discovered fire. He was able to adapt to all weather."

"He was a nomad who moved around a lot, lived in caves, but also knew how to build small shelters."

For a starting price of 80-100 euros ($90-112) per person per night, the basic course includes accommodation in a bivouac shelter.

Camia says he also offers sessions of two or three hours to families and school groups.

For customers who opt for the beginners' survival course, "I provide them with enough to get by with."

But more advanced customers have to find their own food over a number of days.

"That makes people understand that the brain uses the most energy. And even very simple calculations become difficult after three days without food," he smiles.

Camia insists he is no "collapsology theorist" who believes in the pending collapse of industrial civilisation.

"But we have to know how to adapt to the changing climate, to other types of food and to be able to change our ways of life," he says.