MSNBC's Nicolle Wallace: 'Trump's cluelessness is on full display' -- in every way 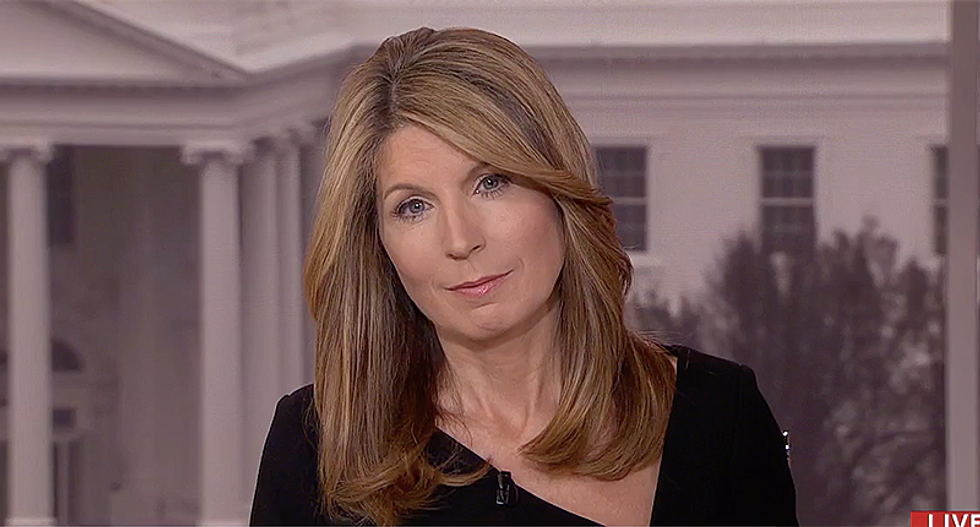 As the New York Stock Exchange closed at more than 800 points down on Wednesday, MSNBC host Nicolle Wallace remarked that the week has been catastrophic for President Donald Trump this week on every issue.

"The Dow closing over 800 points down today as Donald Trump's political weakness, foreign policy cluelessness and abdication of American leadership on the world stage is on full and stark display," Wallace opened.

She noted that the whole world is watching pro-democracy protesters in Hong Kong carrying American flags as they fight for what rights they have left. In any other administration, the world would be clear about where America stands. Instead, what's happened is ambiguity, confusion and general carelessness for Hong Kong.

Wallace called it the "kind of standoff America used to take as a clear stand on the side of pro-democracy forces. Today it's unclear where the American president comes down."

Lawmakers across Washington, including Trump's own advisers, are alarmed about the situation, but the president is golfing and on vacation. When he appeared in public Tuesday, Trump rambled on about loving trucks, being angry at former President Barack Obama for his book deal after leaving office and wind energy being somehow dangerous.

Wallace said that a former Republican Trump opponent became vulnerable the moment he revealed he didn't know what "the nuclear triad" was.

"[A]s violence escalates and old animosities are rekindled across Asia, Washington has chosen inaction, and governments are ignoring the Trump administration's mild admonitions and calls for calm," The New York Times wrote Wednesday. The inability or unwillingness of Washington to help defuse the flashpoints is one of the clearest signs yet of the erosion of American power and global influence under Mr. Trump, who has stuck to his 'America First' idea of disengagement, analysts say."

One administration official told Politico that the Hong Kong protests were "about as close to Tiananmen Square, potentially, that you're going to get in the modern age."

Trump, by contrast, called it a "very tricky situation," and said he hoped it ended with liberty. It's unclear if he knows what Tiananmen Square is.

"My, how far we've come from a 'Shining City on a hill,'" Wallace said, quoting former President Ronald Reagan.