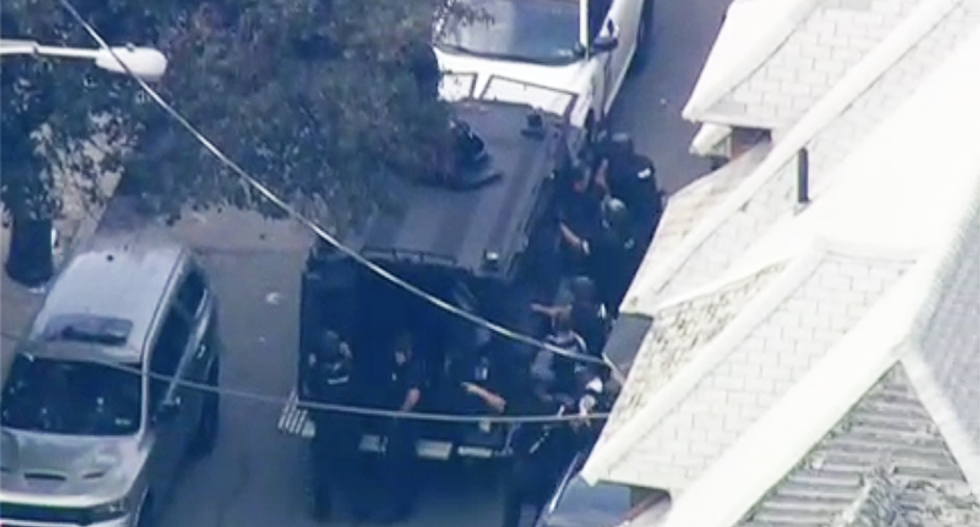 NBC10 Philadelphia is reporting that multiple officers (at least six) have been shot in a situation in the Nicetown-Tioga section of Philadelphia. One officer and pedestrian were injured by a vehicle. Shots are still being fired nearly two hours after it initially began.

The network reported that frantic calls came in from officers responding to the situation around 4:30 p.m. EST. They also reported that at least one officer was shot in the arm and another was shot either in the head or chest, but is expected to survive.

"SkyForce10 remains over the scene as an unidentified gunman continues to fire at dozens of police officers nearly 30 minutes after officers descended on the corner of 15th and Butler streets," the report said.

Officers were crouched behind cars and trying to block off streets in the area. One suspect is in custody, but according to the reports, they are searching for another individual.

Police have called in an armored vehicle and officers in tactical gear to the scene.

Temple University has announced that all of the classes on campus are being told to shelter in place.

You can watch live coverage below: