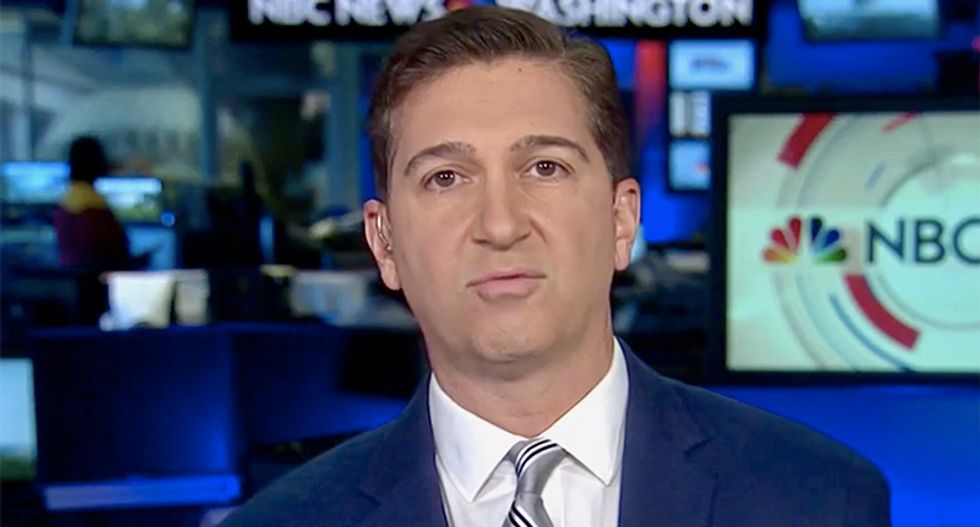 Already conspiracy theories are swirling around the death of accused child molester Jeffrey Epstein. After the medical examiner released a statement saying there is more information needed, NBC News reporter Ken Dilanian explained there was a reason to be more cautious.

"I spoke to an official about this process who said this is not unusual," he explained. "In cases like this, the medical examiner needs to be extra careful. There's not only a pending criminal investigation; civil attorneys are swarming. In fact, he had a private forensic pathologist attend this autopsy."

He noted having another person witness the autopsy also isn't unusual, particularly if there is a chance of civil litigation. He explained that the Epstein estate could sue, but also his victims could sue for not being able to have their day in court.

"In a case like this, particularly when the president of the United States is trafficking conspiracy theories about it, the medical examiner wants to be absolutely sure they ruled out any other possibility," Dilanian explained. "Again, NBC News has been hearing all day long there are no indications of foul play, and this looks like a suicide that he hung himself in his cell."

Dilanian also said that he's not sure there will be camera footage of Epstein, despite conflicting reports from a former employee of the Bureau of Prisons and at least two prosecutors.