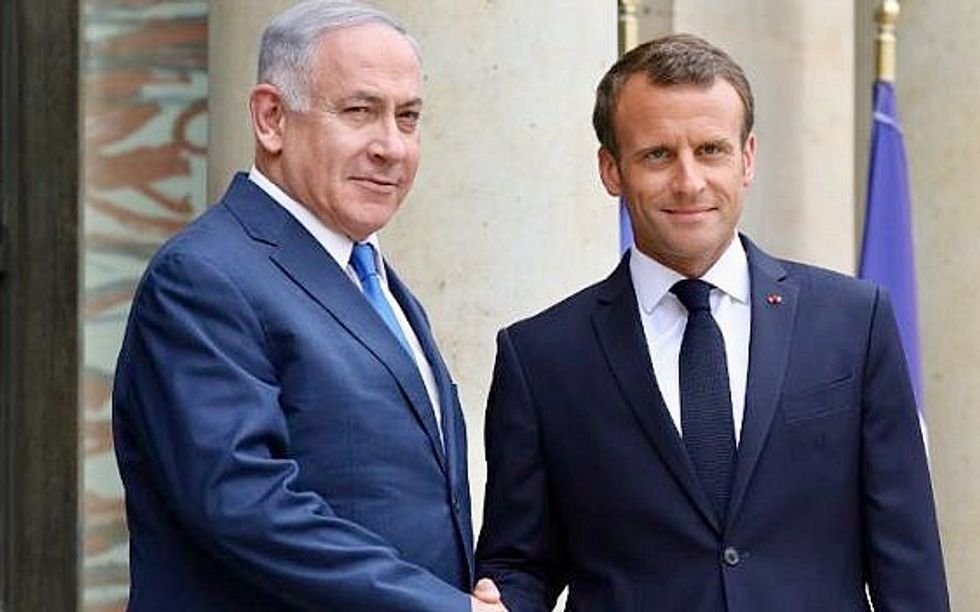 "It is precisely the wrong time to talk with Iran", Netanyahu told Macron in a phone call initiated by the French leader, according to a statement from the Israeli premier's office.

Macron has spearheaded attempts to overcome a standoff between US President Donald Trump and his Iranian counterpart President Hassan Rouhani.

The French president announced with Trump at the G7 summit in Biarritz on Monday that a face-to-face meeting between the adversaries could take place within weeks.

Tensions have soared between Tehran and Washington since the US last year unilaterally pulled out of the landmark nuclear accord between Iran and world powers and reimposed biting sanctions.

Netanyahu said in his call with Macron that Iran was stepping up its aggression in the region, his office said.

On Thursday, the Israeli army had accused Iran of collaborating with Lebanon's Hezbollah to assemble precision-guided missiles that could cause "massive" human casualties in Israel.

In apparent reference to Lebanon, Netanyahu emphasised in his call with Macron that "those who provide shelter for aggression and arming" Iran will not be spared, according to his office.

The allegations come after Hezbollah -- with which Israel has fought several wars -- accused the Jewish state of carrying out a drone attack Sunday on its stronghold in the Lebanese capital Beirut.

Israel's military did not confirm whether it was behind the weekend attack, which saw one drone explode and another crash without detonating.

According to the UK's Times newspaper, the drones fell near Iranian installations manufacturing a fuel used in precision missiles.