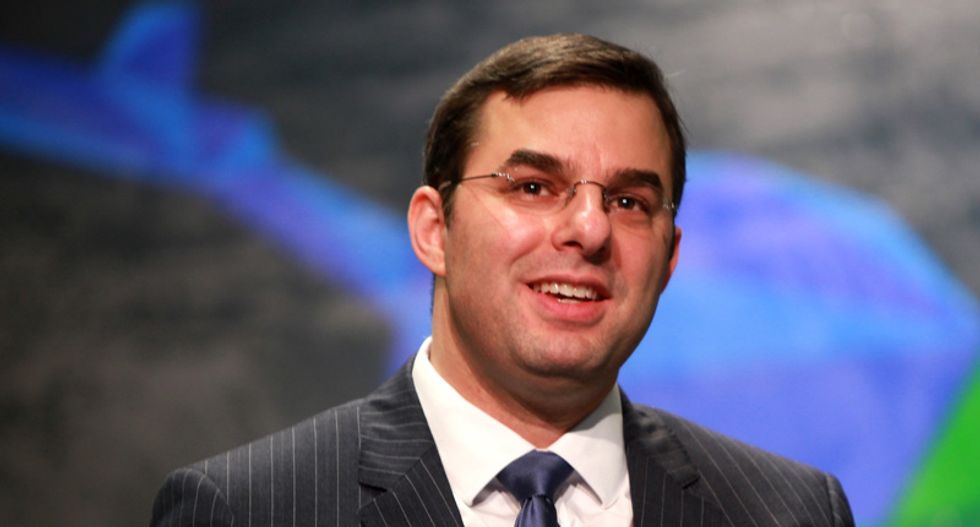 On Saturday, The Daily Beast reported that some anti-Trump conservatives and libertarians want Rep. Justin Amash (I-MI) to launch a presidential campaign.

“If I was taking one bite at the apple and he was taking another, I don’t think it hurts me,” said former Rep. Mark Sanford (R-SC), who is also considering a run against Trump. “It enhances the collective ability to get a message out relative to a sitting president ... I’d ask he would count me in as a supporter.”

“It’d be wonderful if he ran!!” said former New Mexico governor and Libertarian Party 2016 candidate Gary Johnson in a text message to The Daily Beast. “I think he is terrific.”

Amash, who was originally elected in the Republican wave election of 2010, is known for his staunchly libertarian views and helped found the House Freedom Caucus, a far-right faction responsible for paralyzing much of the GOP's domestic agenda during their period of unified government control after Trump's election. He fell out with the GOP after noting that former special counsel Robert Mueller's report documented impeachable offenses by the president, and defected from the Republican Party to become an independent in July.

Because he would not be running as a Republican, but very much from a right-wing platform, an Amash candidacy would likely siphon more votes from Trump than from any Democratic candidate in a general election.