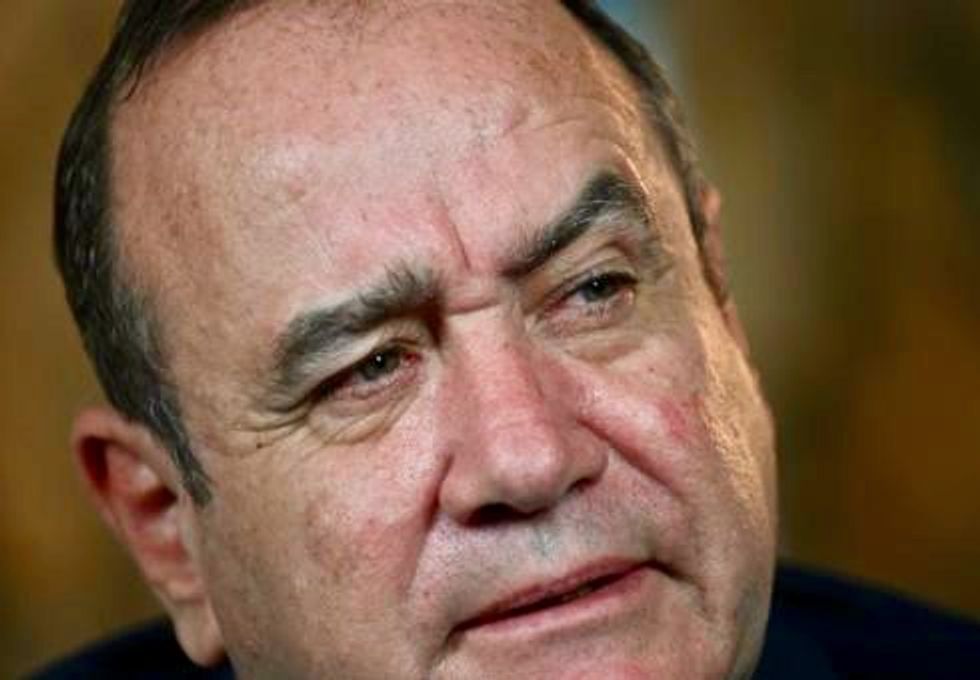 Guatemala's president-elect Alejandro Giammattei said in an interview with AFP he would not seek confrontation with President Donald Trump over Central America's migration crisis but would demand respect from his US counterpart.

Giammattei said he views "with concern" a controversial migration pact agreed by his predecessor Jimmy Morales, that would allow Washington to send most Honduran and Salvadoran asylum seekers who passed through Guatemala back to the poor, crime-ridden country.

The deal has been strongly criticized in Guatemala, not least by NGOs who say the country does not even have the resources to look after its own population.

But the president-elect has so far avoided taking a strong position on the US deal, which he said would have to be submitted to Guatemalan lawmakers for approval.

Central America's migration problem is not new, he said, but "it was magnified because it's become a theme of the political campaign in the United States."

"I understand President Trump's position," in the perspective of the campaign, said Giammattei.

Giammattei, a doctor, takes over from the corruption-tainted Morales in January at the start of a four-year term.

He has pledged to attack the grinding poverty that affects some 60 percent of Guatemala's 17.7 population, as well as a murder rate of 4,500 per year, key drivers of illegal migration to the United States.

"People leave because they don't have housing, because of the low levels of health and education," he said.

As part of his plan to keep would-be migrants at home, Giammattei proposes massive investment to promote rural development and agribusiness, and improve infrastructure on both sides of the border with Mexico, by creating an "investment bank" under the aegis of the Organization of American States (OAS).

"We could create a gigantic pole of development that could benefit both countries," he said, adding that he would plead his case in Mexico City as well as in Washington during the transition period.

Also on his agenda is a visit to El Salvador next week for talks with President Nayib Bukele on combating organized criminal gangs and developing a massive Caribbean-Pacific railroad project.

"This is an incredible investment and we can count on more than one million jobs created in four years," he said.

The fight against the region's criminal gangs "must be multinational, must be done at the regional level. Organized crime does not respect borders," said Giammattei, who has pledged to reintroduce the death penalty, suspended since 2000 in Guatemala.

He also promised "a fierce fight against drugs, and cartels -- of which many are Mexican and operate in Guatemala."

On the fight against corruption, Giammattei ruled out any possibility of restoring the mandate of the International Commission Against Impunity in Guatemala (CICIG), the United Nations mission that charged former president Otto Perez with graft and ran afoul of Morales because it investigated him.

"The Cicig is finished," he said, adding that "President Morales has decided not to renew its mandate," which ends in September -- three months before Giammattei assumes power.

He acknowledged that the mission "was effective in some cases," but regretted that it limited itself to "the criminal prosecution of the corrupt" and did not attack the causes of corruption.

"There will be no more Cicig," he said emphatically.

He pledged to confront "de facto powers" who profit from corruption at all levels of Guatemalan society, including within his own political party.

"The de facto powers don't scare me. I fear only God."

‘Desperately’: Trump ‘wanted to walk into the House with an armed mob’ says Yale historian

The revelations from former Trump White House aide Cassidy Hutchinson are being called "bombshells" and, according to a former advisor to the U.S. House Select Committee on the January 6 Attack, a "cluster bomb."

But one Professor of History and American Studies at Yale University, Dr. Joanne Freeman, is urging Americans to focus on an important part of Hutchinson's testimony.

A total of 20 people have been tried over the November 2015 attacks by the Islamic State group on the Bataclan concert hall and other targets around Paris, with the verdicts expected on Wednesday.

Only 14 of them have appeared in person, with the rest missing or presumed to be dead.

An eight-year-old boy shot dead a baby and wounded her toddler sister while playing with his father's gun in Florida last weekend, police said.