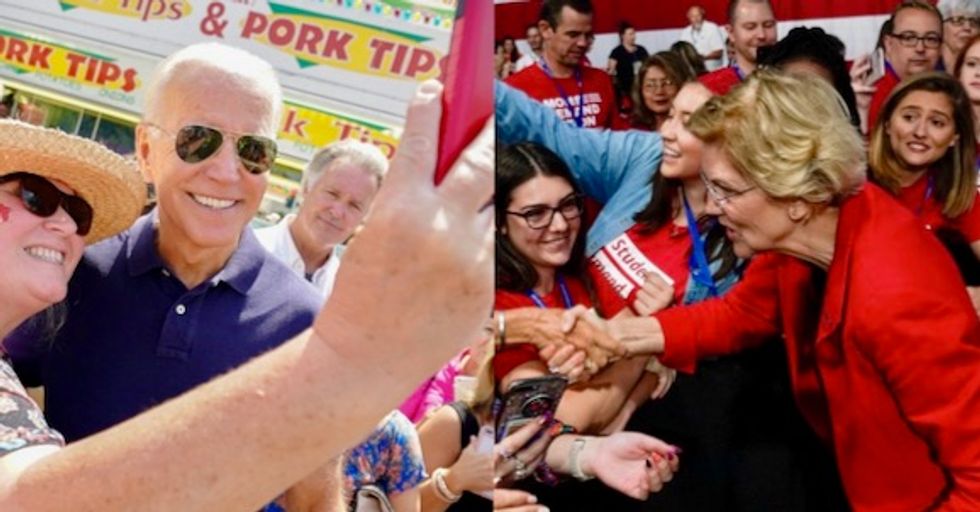 Warren jumps four points to come in with 20%, while Biden drops one point to 21%. That’s well within the statistical margin of error.

But more importantly, their approval ratings.

Warren has a 38% approval rating which matches her 38% disapproval rating. Of note: 24% are still undecided on her, which means, especially given her strong and steady increases in the polls over the past months, the majority of that 24% still could move to “favorable” for her.