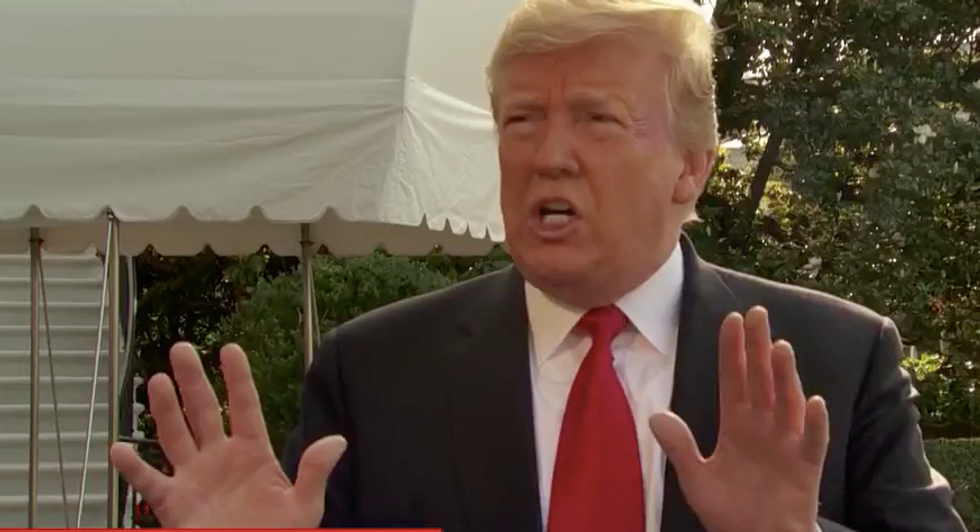 President Donald Trump this week said that the majority of American Jews were "disloyal" to Israel because they support the Democratic Party -- but that's far from the first time that the president has made controversial statements that deploy anti-Semitic tropes.

The Washington Post has obtained a video clip from 2011 that shows Trump boasting about how great one of his golf courses is before saying that "even these spoiled, rich Jewish guys, they can’t believe how good this [course] is."

The clip was originally aired on the Golf Channel for the show "Donald J. Trump's Fabulous World of Golf."

Washington Post reporter J.M. Rieger notes that "full episodes of the show are not available for purchase and there is only a small amount of footage from the show online." He also writes that "the Golf Channel said it would not re-air or release additional footage" of the show in 2016, while Trump was running for president.

Watch the video below -- the clip of Trump talking about Jewish golfers begins at the 1:06 mark.