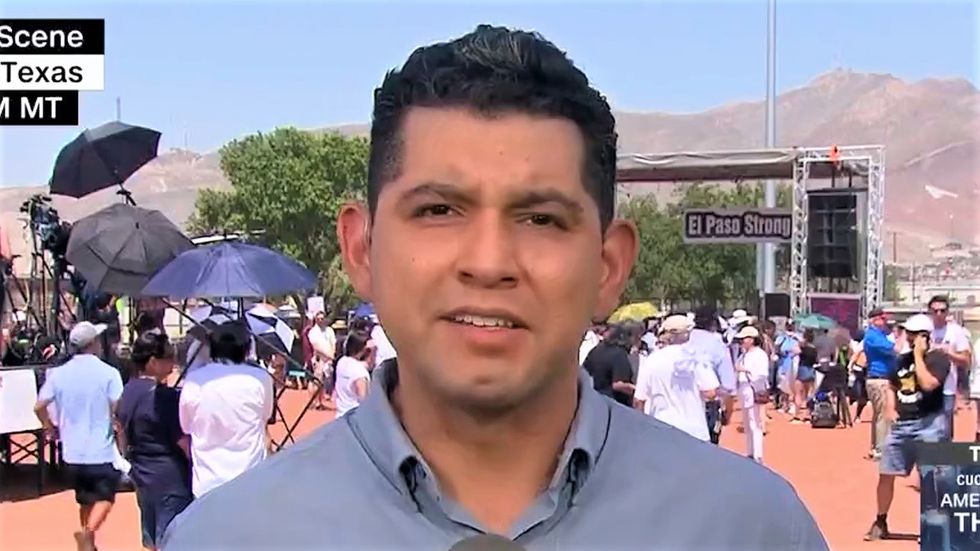 CNN reporter Nick Valencia on Wednesday said that he'd found the vast majority of people he's spoken with in El Paso say they wish President Donald Trump would not come to their city, which is still reeling from a mass shooting over the weekend that left dozens of people dead.

While discussing the president's visit to the city, Valencia played clips of El Paso residents he interviewed about what they wanted to see from the president -- and they all said they didn't think his visit would do any good.

"Personally, I think that this community is hurting," El Paso resident Dr. Sylvia Acosta said. "I don't think he has done anything to help that."

"I don't know how he's going to help," said Juan Cabrera, the superintendent of the El Paso Independent School District.

Valencia emphasized that he did encounter some Trump supporters during his interviews in the city, but he said that "countless" other residents have told him that he should not come to their city.